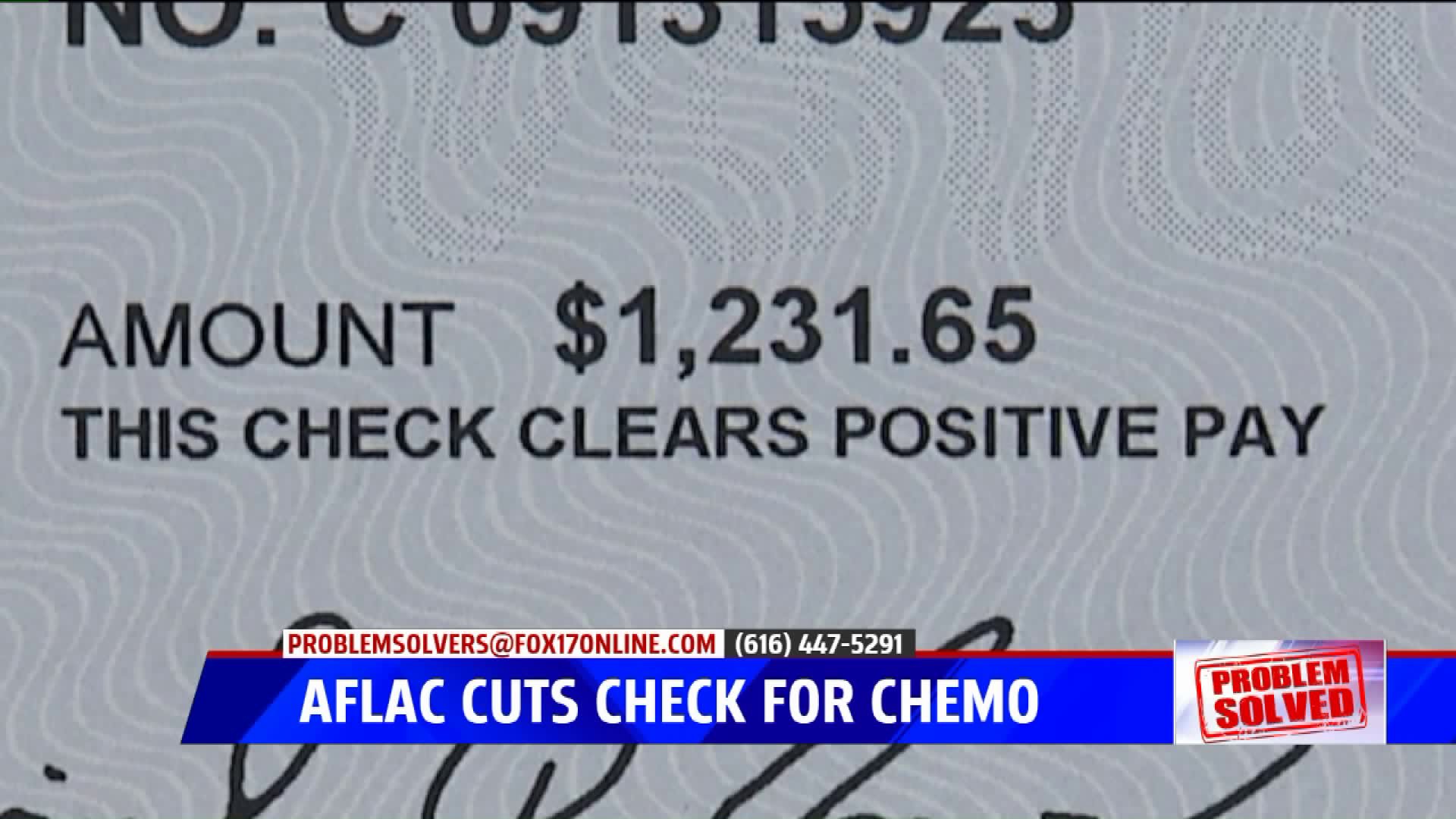 WHITE LAKE, Mich. -- Pam and Robert Knoll are happy to have some money back in their pocket after depending on their health insurance provider to cover Robert's chemotherapy treatments. The Knolls said they've pled with Aflac for reimbursement for over a year.

"I wouldn’t have this check in my hand if it were not for you," Pamela said to the FOX 17 Problem Solvers.

The check is for $1,200 plus interest. The couple felt they were owed the full $2,400 after paying their premiums to Aflac for over 30 years. The Knolls felt their policy covered the costs. Instead, Aflac is meeting them halfway.

Without the Problem Solvers' help, they feel they'd still be getting denied.

Robert said, “I guess it’s a shame that we just couldn’t have did it [ourselves] because we did call and ask for it, but with your call it did help.”

“Don’t give up. Be persistent. As they say, the squeaky wheel gets the grease," she added.

Knoll had reached out to the Problem Solvers after seeing the results we got for Mina Garza who had the exact same situation. In working with an appeals agent, Knoll said she learned the language in her policy differs. While she's thankful, she said she believes it should've been fully covered.