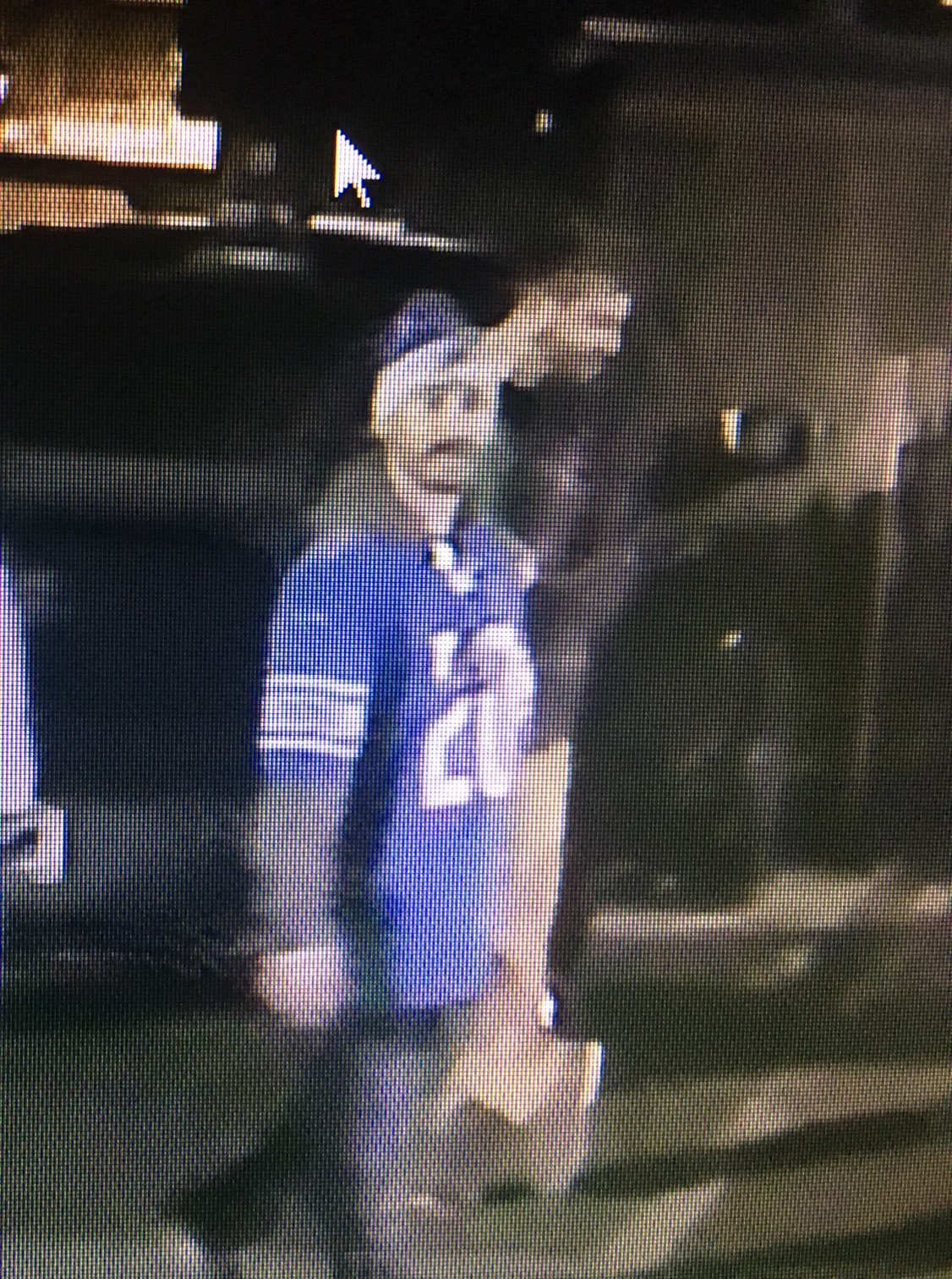 At 2 a.m. Saturday, two  21-year-old Hope female students were walking eastbound on the sidewalk of 14th Street near College Avenue, with the victim walking a short distance behind her friend. The victim was approached from behind by a male subject who grabbed her and began to forcibly touch her.  The victim’s friend heard the commotion, turned around and upon seeing what was occurring yelled at the suspect.

The suspect then released his hold on the victim and both women fled, running from the scene.

It is believed the suspect left on foot, although the victim and witness did not see which direction he went.

The suspect is described as a light skinned, possibly Hispanic male, with “shaggy” brown hair, medium build, approximately 5 feet 5 inches tall and was wearing a Detroit Lions jersey with a gray hooded sweatshirt underneath.

Officers were able to obtain surveillance footage of a possible suspect from a nearby business.

At this time, it is unknown if this incident is related to the incident from last weekend.  While the incidents are similar the suspect descriptions are not.  Police are continuing to investigate both incidents.

Students are reminded not to walk alone late at night, but rather walk with others for increased safety.

Anyone who has information that may help in this investigation is asked to contact the Holland Department of Public Safety at (616) 355-1150 or e-mail investigators at policetips@cityofholland.com.  Anybody wishing to remain anonymous may contact Silent Observer by calling 1-877-887-4536, texting OCMTIP and your message to 274637 or you may go online and submit a tip using the online form at www.mosotips.com.