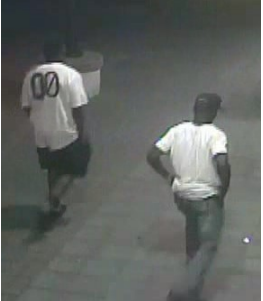 GRAND RAPIDS, Mich. — Police are asking for help in locating a group of young men they say were involved in a fight at Rosa Parks Circle.

Police say it happened on Sept. 13 around 2:30 a.m. in downtown Grand Rapids.

According to GRPD, two people were arrested in connection to the fight, but they believe additional people were involved. All three men are described as black males, in their early to mid-twenties and believed to be in the Heartside neighborhood often.