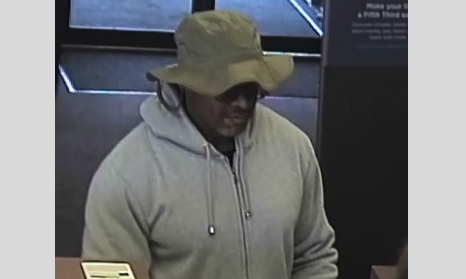 The Fifth Third Bank at Michigan Street and Fuller Avenue was robbed at about 9:00 a.m., according to police. No one was injured and police are currently trying to track the suspect with a K9 unit.

No other details about the robbery have been released.  Surveillance photos of the suspect have now been released and show a man in a tan fishing-style hat and tan jacket entering the bank.

We’ll have more details when they become available.