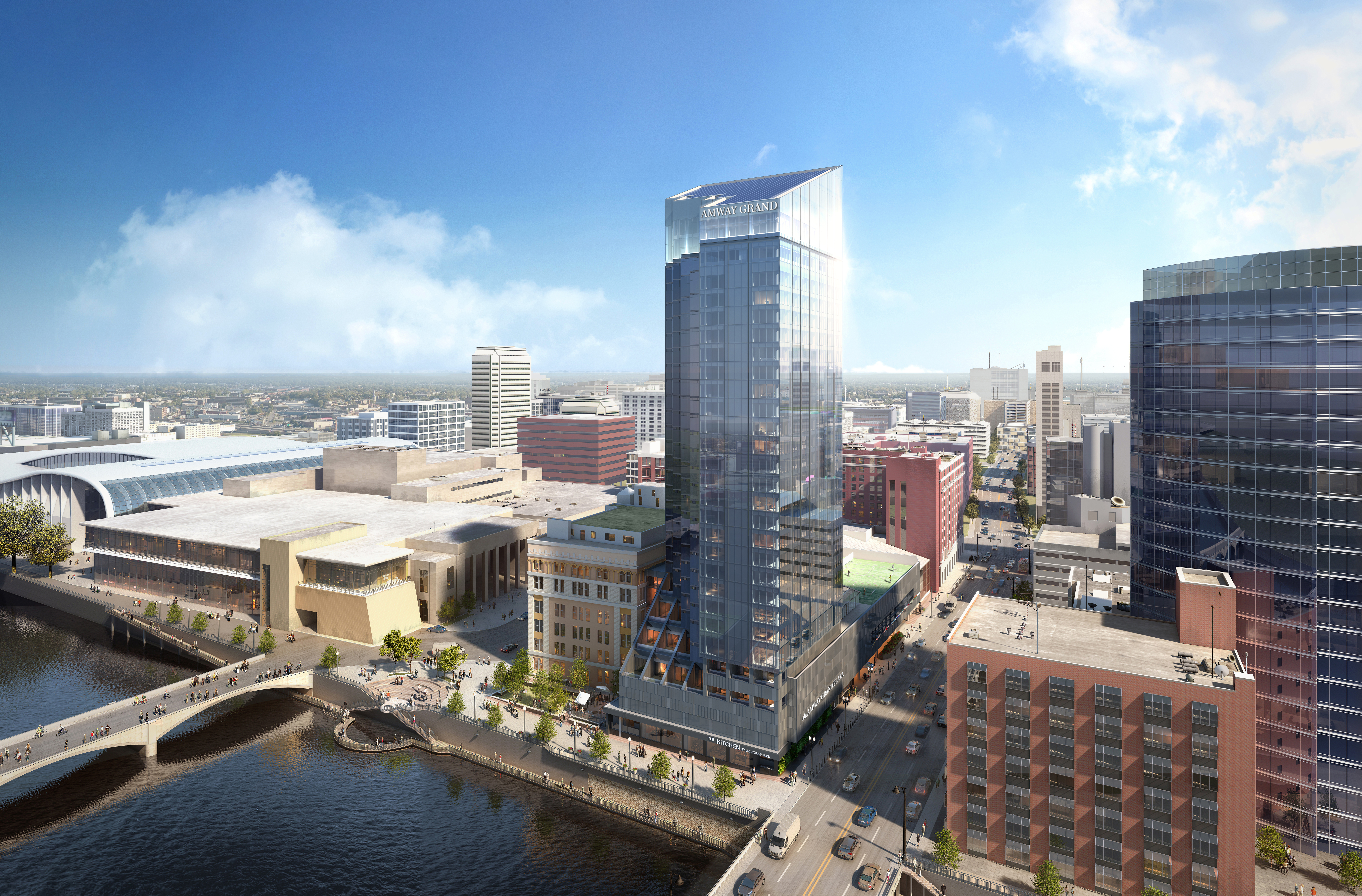 GRAND RAPIDS, Mich. – The glass tower of the Amway Grand Plaza is about to get a makeover.

Amway announced Tuesday that the tower is going to get a $40 million renovation in 2019.  The project will start right after the new year begins and the tower will remain open to guests throughout the project.

“When Dad and Jay (Van Andel) opened the tower in 1982, it ushered in a rebirth of downtown Grand Rapids that continues to be felt today,” said Amway President Doug DeVos in a press release. “Renovating the hotel tower now will help cement Grand Rapids as a world class destination for visitors, residents and businesses from around the world for years to come.”

Company officials say they will completely replace the glass exterior with new glass which will have a lighter tinting which will update the appearance of the tower. The tower will appear lighter in shade from the ground level and will be more transparent for guests inside.  The glass will also be reflective.

Officials say the slope at the top of the tower will remain, but the building will actually get a little taller. The new glass will also make the building more energy efficient.  Hotel rooms will feature floor-to-ceiling glass windows.

Only about 55 of the hotel’s 682 guest rooms will be unavailable at times during construction.

The project is expected to be completed by April 2021.