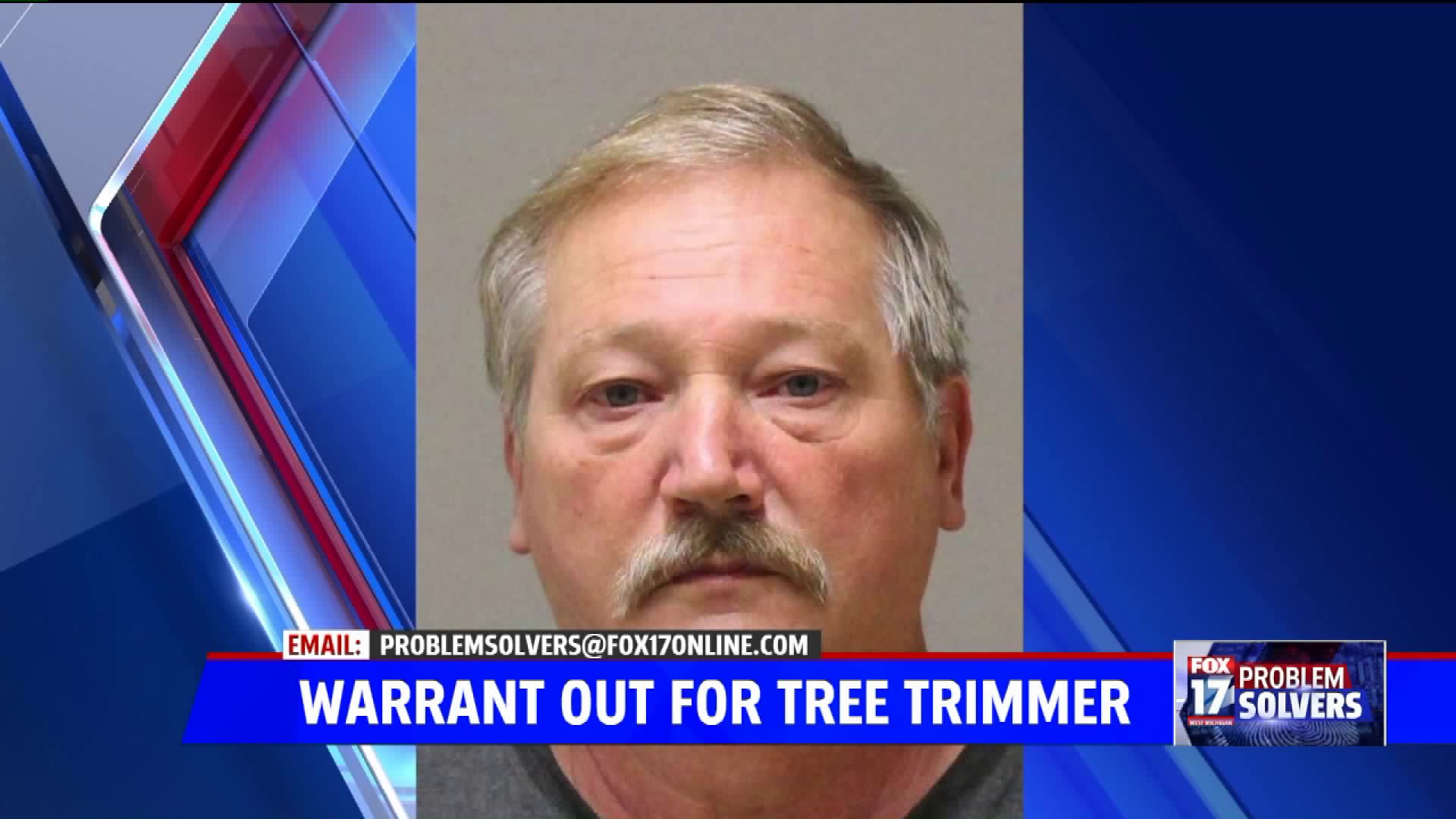 KENT COUNTY, Mich. -- Judy Van Dalsen said she learned a hard lesson after trusting tree cutter John Wheeler. She said he was going door to door for his business Northern Tree Service, and the 63-year-old Belmont resident just so happened to need a few trees cut down.

Van Dalsen said she wrote a $900 check as a deposit toward the $1,900 total. Despite cashing it immediately, the retire said Wheeler gave multiple excuses why he couldn't start and then stopped responding.

"His word isn't worth anything as far as I'm concerned. Even his signature on that contract means nothing because he just wants the money," Van Dalsen said.

"Our investigators are well aware of this subject. He has a long history of fraudulent behavior with our department dating back to 1997," he explained.

It's an alleged practice of preying on the elderly. State records show Wheeler was prosecuted on 13 counts of fraud in 2002/2003. In 2017, there was another fraud charge.

"Whether this message be to John or someone who knows where John is, we're asking him to turn himself in immediately and make this situation right and just stop lying to people," Roon said.

Van Dalsen said, "I would like to know how he can live with himself after treating people that way because any decent person would not do that."

The Problem Solvers reached out to Wheeler to get his side, but his phone went straight to voicemail.

The sheriff’s department also would like to note there is another John Wheeler in the Kent County area who is affiliated with a construction company, and he has no relation to this Wheeler.

If you know where John Wheeler is or have been victimized, you can call Silent Observer 616-774-2345.