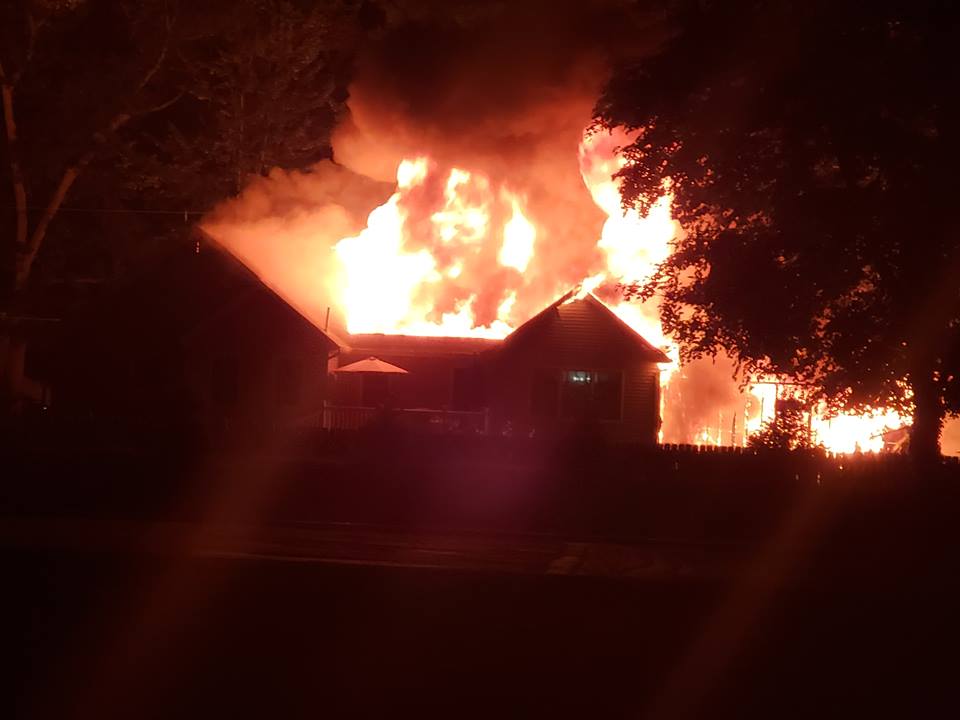 The fire was reported at about 2:18 a.m. at the home on Pinecrest Street in Holland Township.

Holland Township Fire Chief Jim Kohsel says the fire started in the home’s garage.  He said smoke detectors woke up the four adults and two children inside and they were able to get out of the home before officials arrived.

Other residents in the area say they woke up to frantic knocks, huge flames and smoke.

“It was panic for the people who live there, [at first], and then to make sure that the fire wasn’t going to spread to anybody else” said neighbor Nicole Bounds.

Kohsel says fire crews were at the home for at least 4 hours Wednesday morning. The house is considered a total loss.

The cause of the fire remains under investigation.  Neighbors say the family who lived at the home is currently staying with relatives.