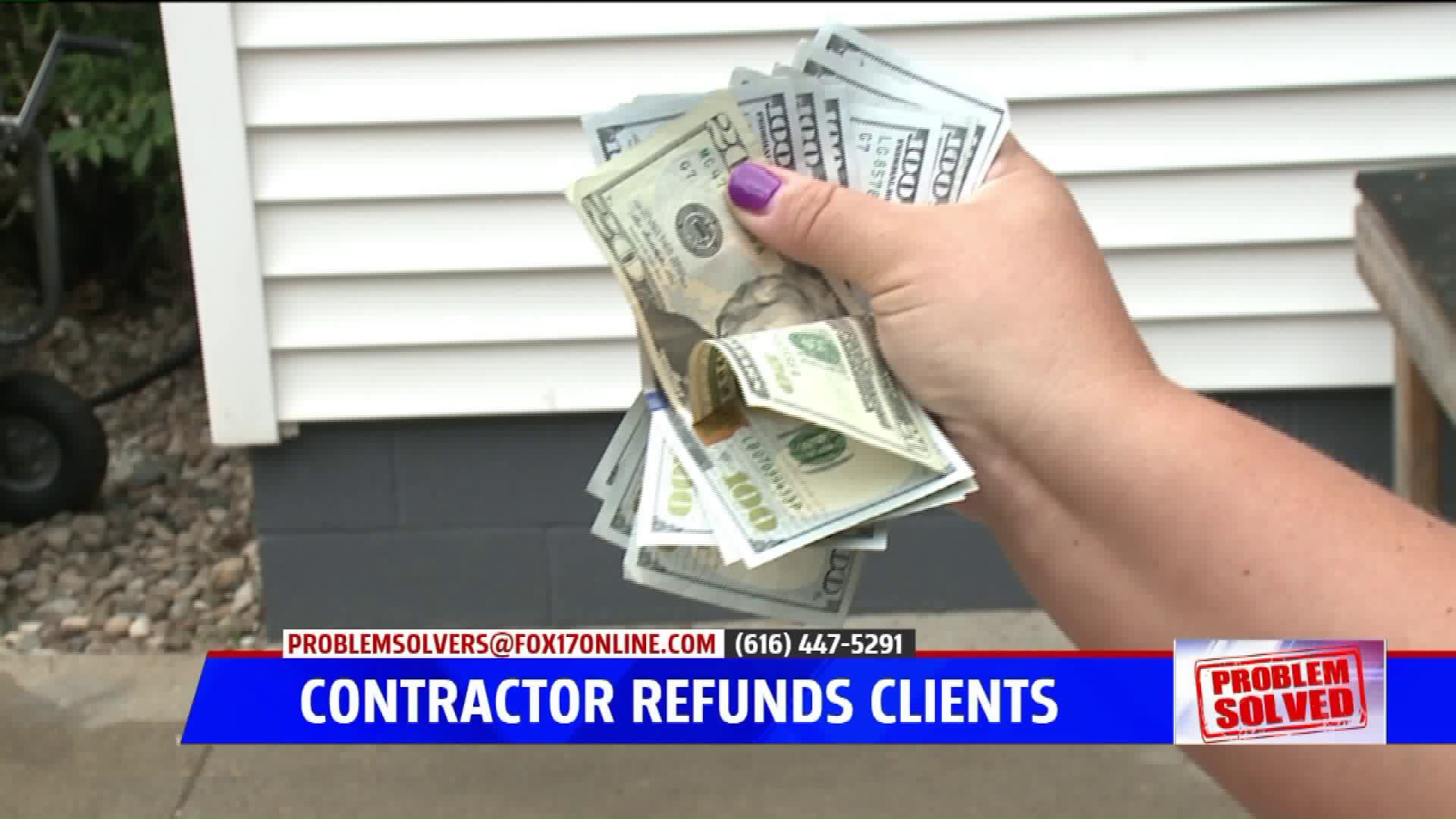 WEST MICHIGAN -- It's problem solved for two couples who say a no-show contractor left them high and dry. After months of trying to get ahold of Brian Leonard, the couples say they’ve now been refunded.

The FOX 17 Problem Solvers first told you about Leonard last Thursday. Kim Brown and her husband, Gary Teat, paid him a $1,250 deposit to do some drywall work. That payment was made in early March. However, the Crockery Township couple says Leonard did absolutely nothing other than immediately cash their deposit check.

Karla Pendleton and her husband also hired Brian Leonard, owner of SBL Contractors, in early March. They paid $720 in full for Leonard to paint the trim on the outside of their Twin Lake home.  Both couples contacted the FOX 17 Problem Solvers the same day.

"I think it helped and talked to a few people who said, 'Oh yea, they'll get it done,'" Teat said.

Apparently, pressure did mount between our news coverage and not one, but two sheriff's offices on Brian Leonards' tracks.

Teat recalled, "We got a call last night from Brian and said he has his money and arranged to meet in Muskegon, got the money, [and] acted like nothing ever happened."

"I think you going to the residence and trying to get information actually showed that we weren't goofing around with this," she said.

"You guys really started everything for us. I really appreciate it," Pendleton said.

As for the case in Ottawa County, the sheriff's office said it will hand its case over to the prosecutor's office for review.

FOX 17 did not find a builder's license for Brian Leonard on the state license lookup website. Always make sure your contractor is licensed, bonded and insured.