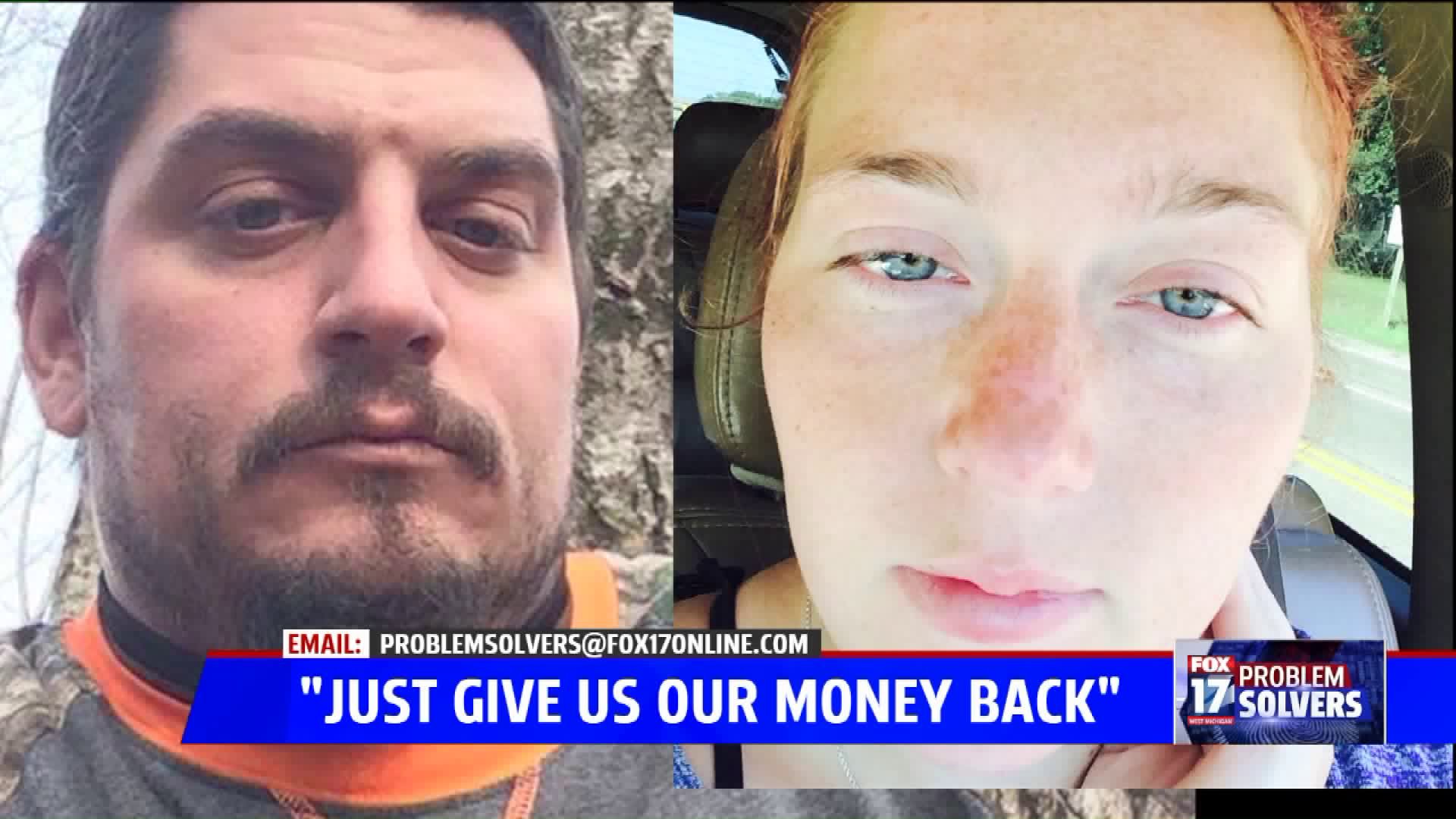 WEST MICHIGAN-- Karla Pendleton and Kim Brown were total strangers until they hired SBL Contractors. Owner Brian Leonard is an alleged no-show contractor that inadvertently brought the two women together through social media. The pair had read each other's complaints about Leonard and his business.

“He was going to paint all of the blue [trim]," Pendleton pointed to her home.

But he didn't do anything other than cash a check. Pendleton and her husband hired Leonard the first week of March, and she said he was accompanied by his girlfriend Marissa Barrone.

Pendleton, who lives in Muskegon County, said “and then it just kind of went downhill.”

She and her husband said they understood the weather got iffy at one point, but they said Leonard talked them in circles before becoming unresponsive.

“[We] never got any updates unless it was forced. Just got worse and worse, and he was giving me excuses as to why he wasn’t coming out," Pendleton explained.

Kim Brown said she hired SBL Contractors the first week of March as well. He was hired to restructure a room with drywall in her Ottawa County home.

"He came with official business cards, a contract, he had writing on the side of his truck. He looked pretty authentic," Brown recalled.

Brown said Leonard "came and picked up the check, cashed it immediately, right to our bank and cashed it."

After months of excuses and eventually the promise of a refund check, she said Leonard hasn't followed through on anything.

"Wednesday night or Thursday, I said, "I need to hear from you ASAP. It's beginning to feel like fraud,'" Brown recalled.

The couples both contacted the FOX 17 Problem Solvers to inform the public and get Leonard's attention.

When FOX 17 called both numbers on Leonard's business card, they go straight to voicemail.

His listed business address in Ravenna is his father's home. His father's girlfriend told FOX 17 she hasn't talked to Brian Leonard in a while. Like the Pendletons, Brown and her husband found Leonard advertising on Facebook. As they began demanding answers, both couples noticed SBL Contractors' Facebook business page disappeared. It's not the sign of progress they're looking for.

Pendleton said, "If somebody asks for their money back, and you can't provide the job, that's the best thing to do."

Brown stated, "Just give us our money back. Do the right thing, and stop scamming others."

Both couples said they've filed police reports with their local sheriffs departments. We will continue to look into this and bring you any updates we get.