Elderly double amputee is another alleged victim of ‘no-show’ roofer 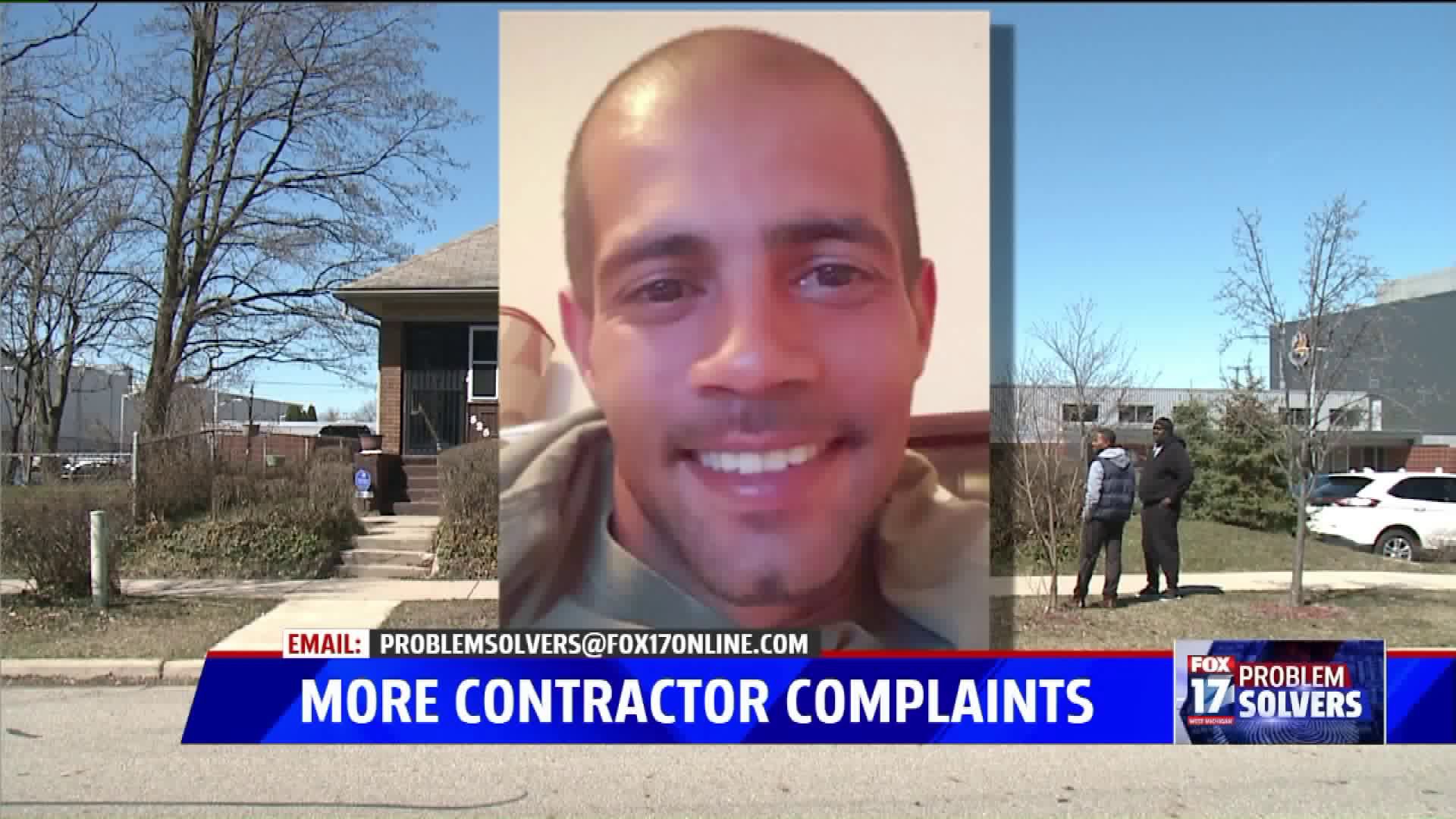 GRAND RAPIDS, Mich. -- Zonia Leggett is 76 years old, a double amputee, lives in a nursing home and is the latest alleged victim of a West Michigan roofing contractor. Her son, Bernard, contacted the FOX 17 Problem Solvers for help and to spread the word.

Leggett said Carlton Williams, owner of C and W Home Improvements, took $6,800 from his mother's fixed income and never came back. He said he hired Williams in December 2016.

"A man's word is a man's word to me. We handshaked on it. I gave him money. I'm from the old school. That means you should take care of your business," Leggett said.

He added, "I tried to bring this man some business, some legit business."

Leggett said the work was supposed to start last spring.

"He never did return my phone call," he said.

Leggett said, "I shouldn't have to keep contacting you to get my job done."

He's not alone. Thursday, the FOX 17 Problem Solvers told you about a couple of landlords who Williams allegedly stiffed for $3,150.

We knocked Thursday and Friday at the listed business address which turns out to be Williams' mother's home. It's not clear if anyone was home either time.

Leggett said, "It's sad to say that people do people like this [in the] world but thank God for you guys reporting this, and hopefully the message get out about this individual so nobody else has to go through the same situation."

FOX 17 still hasn't heard back from Carlton Williams. There is a small claims court hearing involving the landlords next week. As a result of these two situations, Williams has an ‘F’ rating with the Better Business Bureau. Always check anybody out before doing business with them.