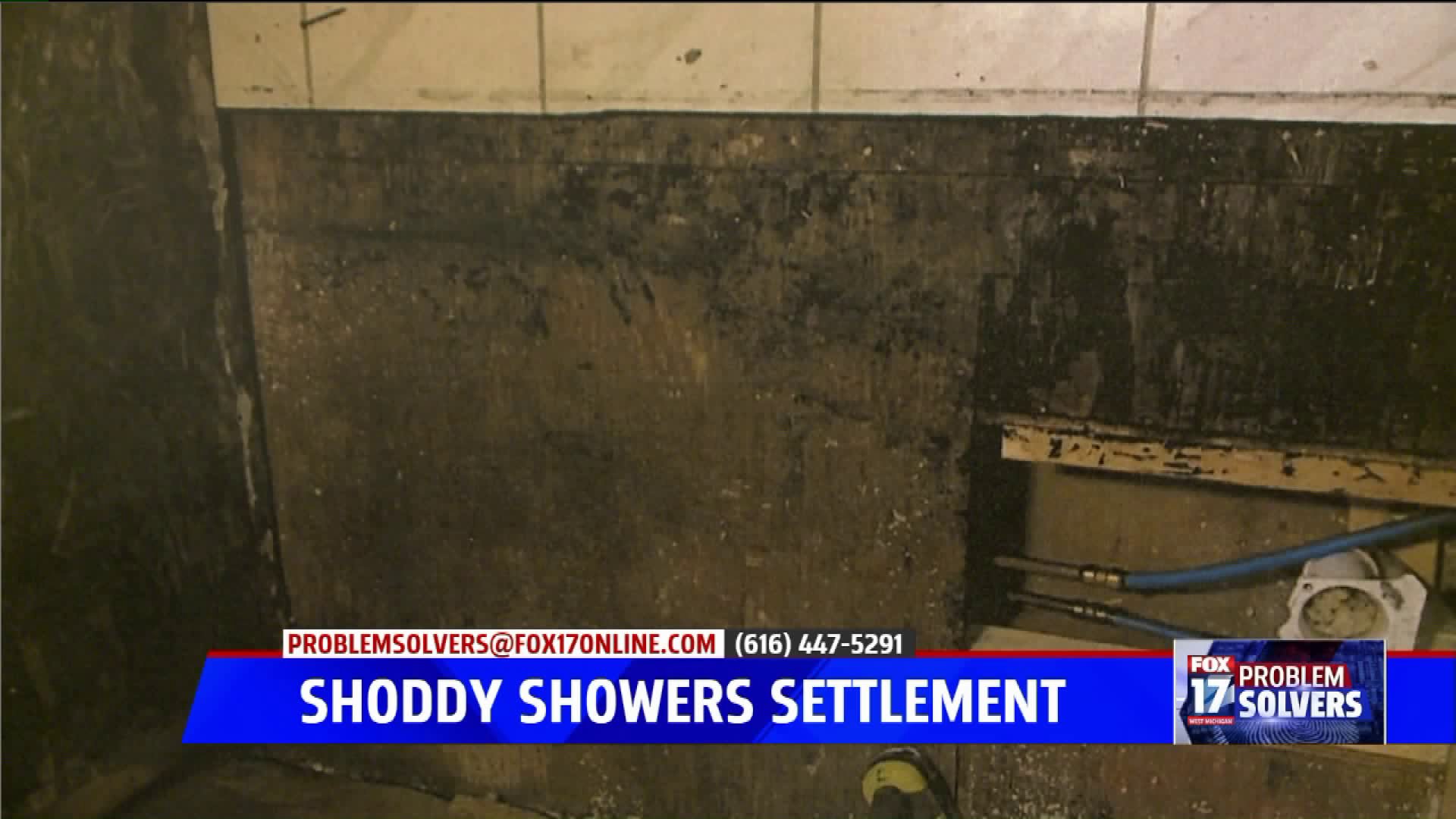 HUDSONVILLE, Mich. -- Patti McDonald said she just wants John Nash to follow a judge's orders and pay up. She said dealing with Nash has stretched her finances thin and now he needs to be held accountable.

“This is the mold," McDonald pointed to a picture.

McDonald has several pictures of the mess she said Nash left behind after she paid him $10,500 to remodel two showers for her bathrooms in late 2016. She said Nash came by referral to originally replace her sinks.

The showers look much better now, but McDonald said that's no thanks to John Nash. Instead, she had to hire another contractor to clean up his mess. Despite talking a good game, she said Nash had done shoddy work and the people who cleaned up after him discovered mold growth upstairs.

McDonald said Nash abandoned the job downstairs after tearing out the old shower and that he wouldn't show up for months at a time while either making excuses or not responding.

“He never came back," she said.

"We finally said, ‘Well, give us our money back for the downstairs shower that you never finished, and we’ll call it good.' He refused and instead sent me an invoice for another $5,000 worth of work that was never even done," McDonald explained.

She took Nash to court and won a judgment of more than $11,400. That was late 2017, and McDonald said he refuses to pay her back. So she reached out to the FOX 17 Problem Solvers to get his attention and expose what’s been going on.

Messages were left for Nash on his cell phone and at his business address. He has yet to reach us back. Regardless of any potential response to the Problem Solvers, McDonald said the verdict is already out.

“Pay up on the lawsuit," she said Nash needs to.

The Better Business Bureau suggests you always make sure a contractor is licensed, bonded, and insured. A builder's license for John D. Nash Jr. could not be located.