State police trooper injured in I-94 crash with semi-truck 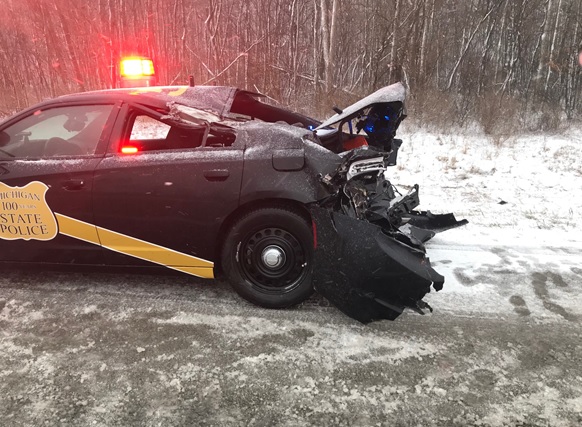 BENTON TOWNSHIP, Mich. — A Michigan State Police trooper was injured Wednesday in a crash with a semi-truck. on eastbound I-94 in Benton Township Wednesday.

The crash happened at about 7:05 a.m. along eastbound I-94 near mile marker 31. Police say the trooper was driving behind two Michigan Department of Transportation plow trucks when his patrol car was hit by a semi-truck.

The truck jackknifed during the crash and hit the patrol car a second time, according to a release.