GRAND RAPIDS, Mich. – The teen shot in a murder suicide on I-96 over the weekend is improving in a Grand Rapids hospital, according to family.

Amedy Dewey, 18, was shot Saturday night in what police are calling a possible murder-suicide. Dewey was found alive in critical condition with a gunshot wound to her face. Her step-father David Somers, and her mother, Lisa, were both found dead along I-96 in Ionia Co.

The shooting happened Saturday night after Dewey and her mother Lisa returned to the Gerald R. Ford International after spending time on a Caribbean cruise. The two were picked up by Dewey’s step-father. We still don’t know what led up to the shooting, only that David and Lisa were found dead, and Amedy was rushed to the hospital with critical wounds.

Family on a CaringBridge webpage says that she did not suffer any brain damage, and is not in stable condition.  They posted Wednesday that Dewey was able to sit in a chair for a while and that doctors are working on getting her ability to speak to return. 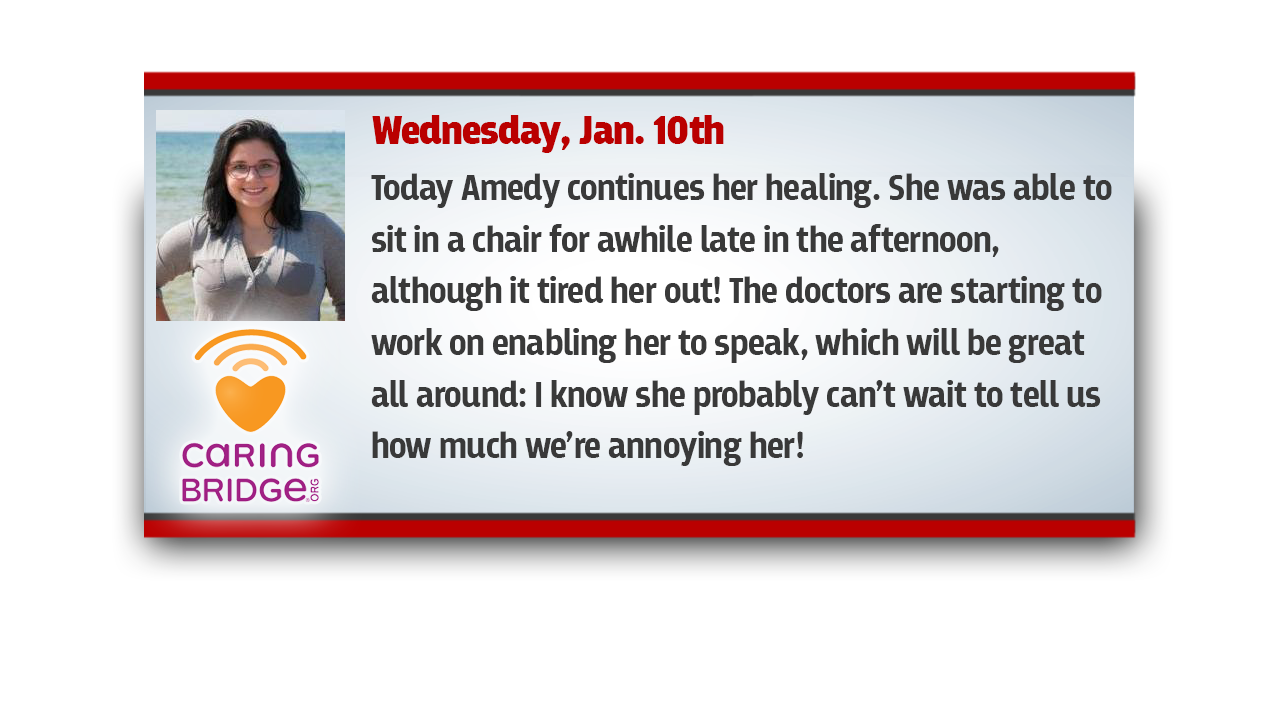 Krystal Magee, a 3rd grade teacher and soccer coach at Kaleva Norman Dickson Schools, Dewey’s former high school, told FOX 17 News the teenager was a delight to have on her team, remembering just how strong her character is.

“She was always joking around, she was somebody you could depend and count on,” Magee said. “If anybody can make it through what she’s going through right now, it’s definitely her. She’s a tough kid.”

As far as the investigation, Fox 17 found court documents showing David Somers pled guilty to furnishing alcohol to a minor in Manistee County in 2017. Investigators have not revealed any possible motive in the shooting.