The crash happened on 120th Avenue, between Riley St and Greenly St.  Roads are shut down in both directions in the area to allow crews to for cleanup.

The Ottawa County Sheriff's Office tells us that one of the drivers involved, who was from Kentucky, was killed in the crash. Deputies later identified him as Saban Ibisevic, 56.

Sgt Steve Austin said the deceased driver had gone through a red light before colliding with the other semi truck.  The driver of the other truck received only minor injuries. 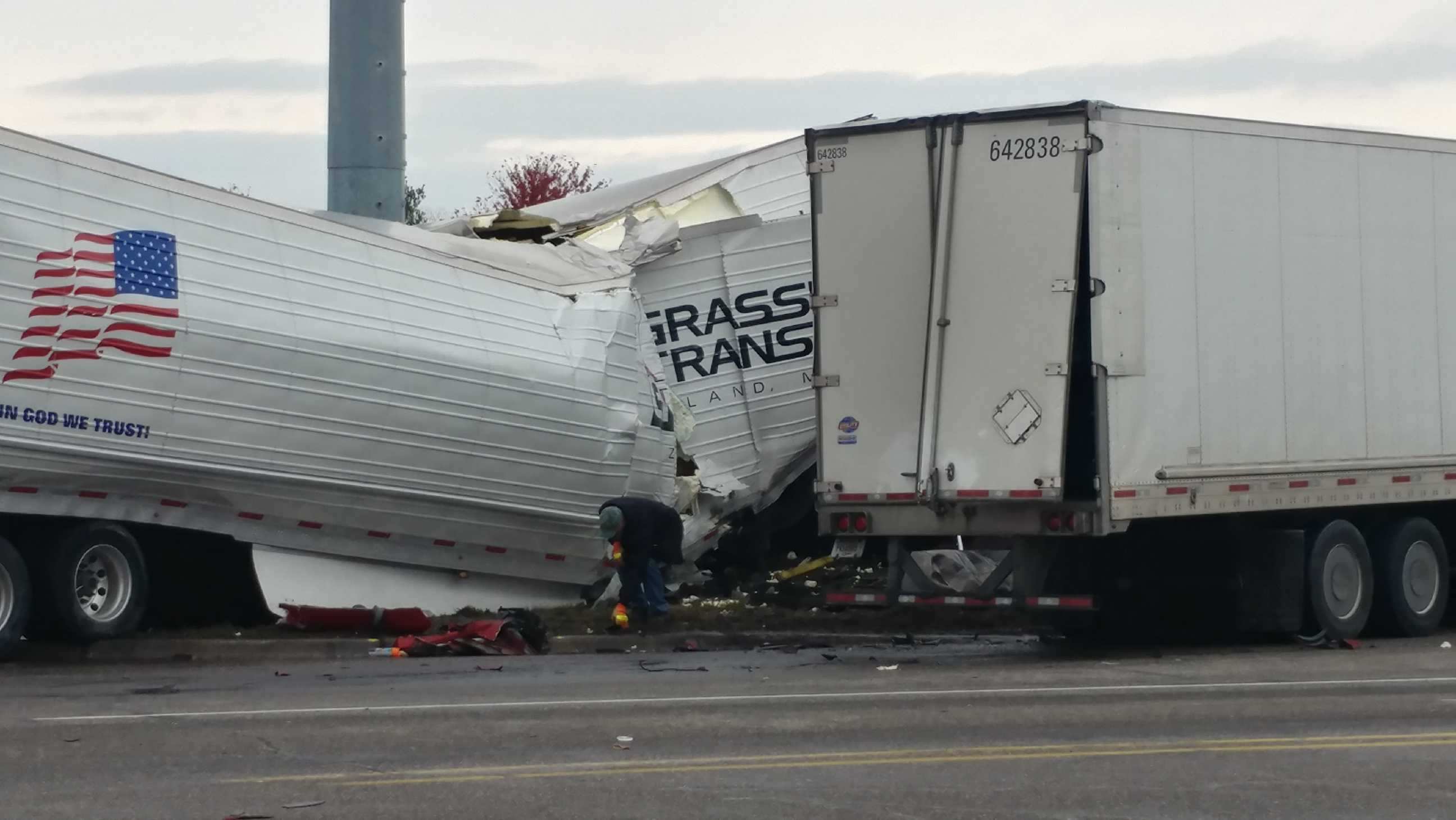