Company recalls millions of fire extinguisher due to malfunction 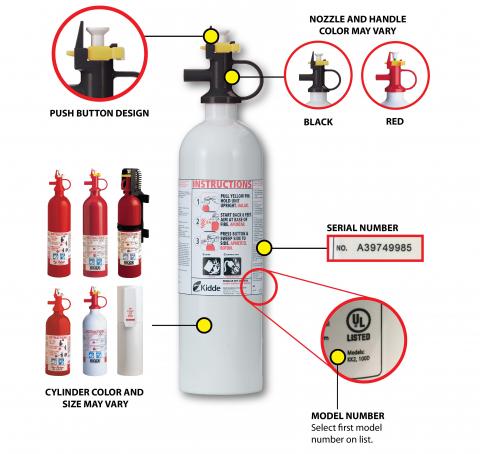 GRAND RAPIDS, Mich. — Approximately 37.8 million Kidde fire extinguishers are being recalled due to a malfunction where the device reportedly becomes clogged and fails to activate.

According to the U.S. Consumer Product Safety Commission, in 2014 one person died due to the failure when Emergency responders where unable to activate the extinguisher for a vehicle fire.

The recall is for Kidde fire extinguishers models that were sold at Menards, Montgomery Ward, Sears, The Home Depot, Walmart, Amazon.com and other retailers.

Total it is reported that approximately 391 consumers have reported a failure with the extinguisher and 16 reported injuries.

Kidde is offering consumers a free replacement extinguisher. Additionally the company says that there is an additional 2.7 million of these extinguishers being recalled in Canada.

Those looking to check to see if their extinguisher is a part of this recall can contact Kidde at 855-271-0773 or at www.kidde.com.