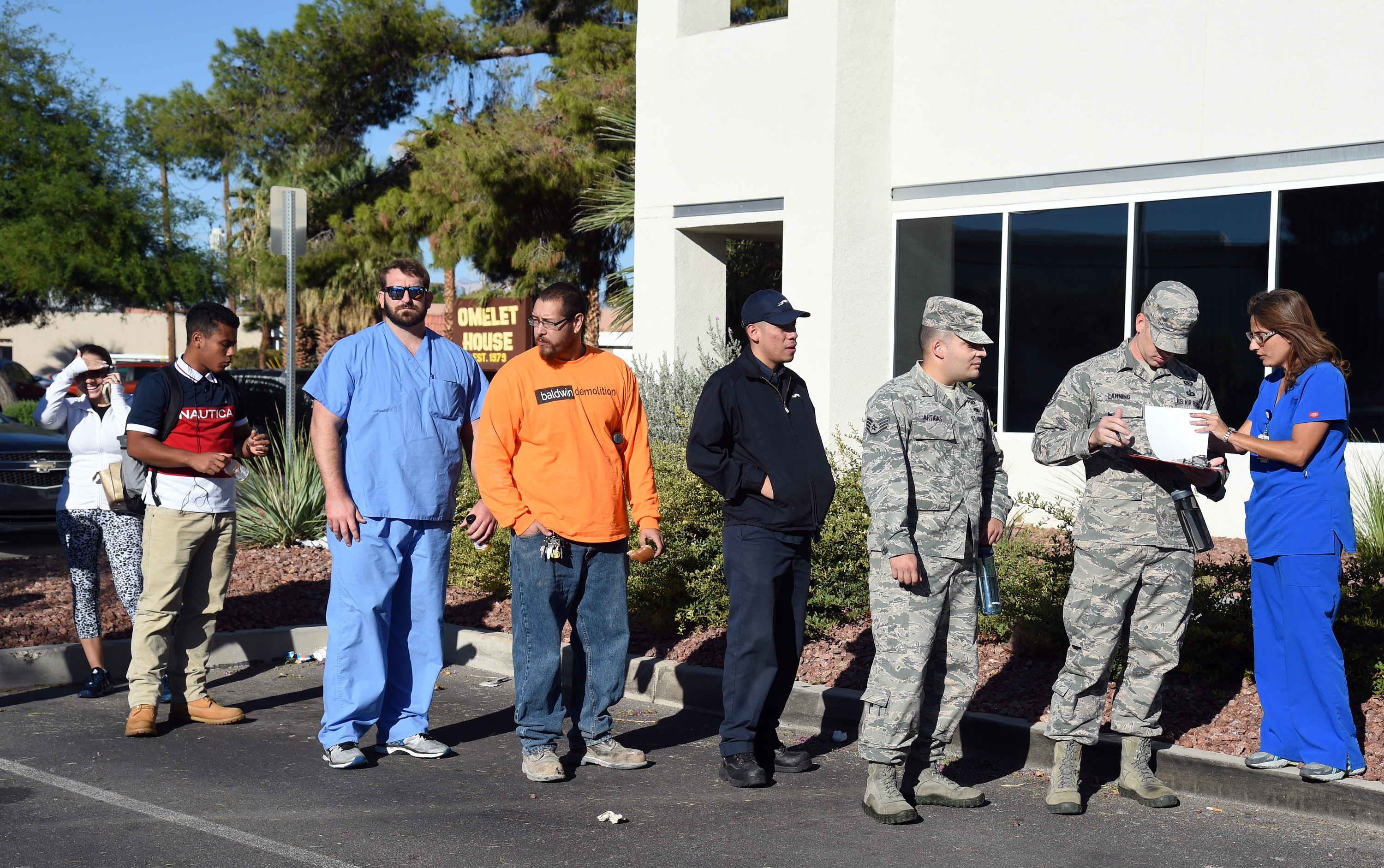 UPDATE: Las Vegas police said in a press conference Monday night that United Blood Services is at capacity for accepting donations and ask people who would like to donate blood to return Tuesday afternoon or Wednesday.

(CNN) — Las Vegas residents are stepping up to help victims of the deadliest mass shooting in modern US history.

People are flooding to donate blood in the wake of Sunday’s attack at an outdoor Jason Aldean concert.

At least 58 people were killed and more than 500 injured when a gunman opened fire from the Mandalay Bay hotel. The hotel overlooks the Las Vegas Village, where the concert took place.

Resident Shanda Maloney said she had seen the news about what was happening Sunday night. Sirens were wailing in the distance as ambulances rushed to nearby University Medical Center, less than a mile from her house, she said.

“Hearing all the sirens around, you feel completely helpless,” she said. “I just started tweeting if you need a ride (I’ll come pick you up).”

Then Maloney hit the road. “I just started picking people up and giving people rides,” she said. Whether it was to a gas station or home, Maloney said she made sure they got there.

” What we ask for is blood — that’s the main thing right now — is that if our people want to do something, and they are healthy, then please donate blood. We’ll have plenty of banks available,” said Goodman.

“I’m in line at United Blood Services on Whitney Ranch right now,” Kelsey Gunther said on Twitter Monday. The “line is about 200 deep.”

Al Mancini was waiting to give blood when he tweeted, “Las Vegas cares.”

Blood banks have been set up at following locations and are accepting donations, according to the City of Las Vegas: