Police searching for suspect in shots fired in Grandville 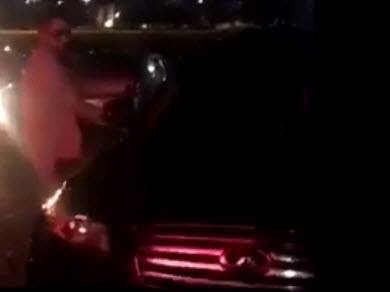 GRANDVILLE, Mich. — Police in Grandville are still looking for a suspect after shots were fired at a the Kobe Restaurant on Rivertown Point Court early Friday Morning.

A dance was being held at the restaurant and shots were fired just after 1 A.M. in the air by one male suspect after an argument. No one was injured.

The suspect is being described as a light-skinned black male, around 20 years old, about 6’2″ with long curly hair. He was seen getting into a black Infiniti SUV with a possible partial Michigan license plate of DPY.

A minor assault was also reported involving a separate suspect, which no description was provided.

If you know anything about either of these crimes, please call police or silent observer.