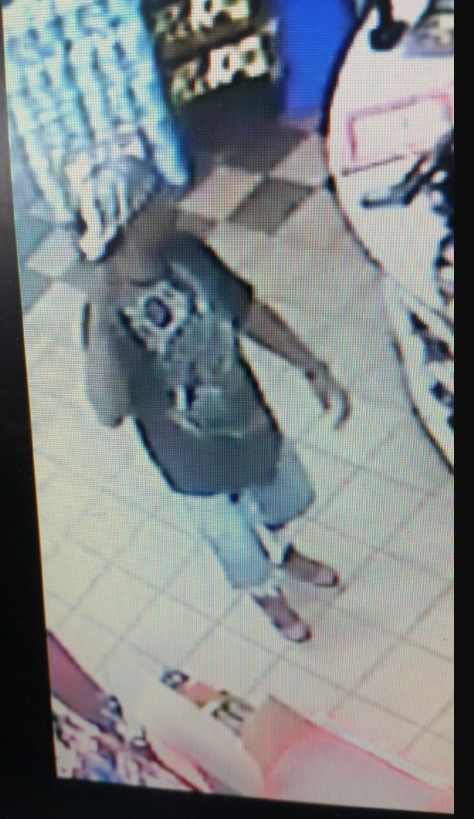 HOLLAND, Mich. — Police are seeking a suspect in a Sunday morning armed robbery at a Shell gas station.

At 09:02 a.m. Sunday, Holland Department of Public Safety officers were dispatched to a report of an armed robbery at the Shell gas station in the 300 block of River Avenue.  According to witnesses, the suspect is described as a black man, approximately 35 years old, standing 5-feet, 6 inches tall and weighing 140 pounds.

He was last seen wearing a black and white baseball cap backward with both ears pierced with bright blue earrings, a black T-shirt, jean shorts and brown shoes.

A handgun was seen during the robbery and the suspect left with an unknown amount of cash.

Surveillance photos of the suspect are shown above.

Anyone who may have any information regarding this incident is being asked to contact the Holland Department of Public Safety at (616) 355-1100.

Investigators also may be e-mailed at policetips@cityofholland.com.

Those wishing to remain anonymous may call Silent Observer at 1-877-887-4536 or they may visit the Web site at http://mosotips.com to submit an e-tip.