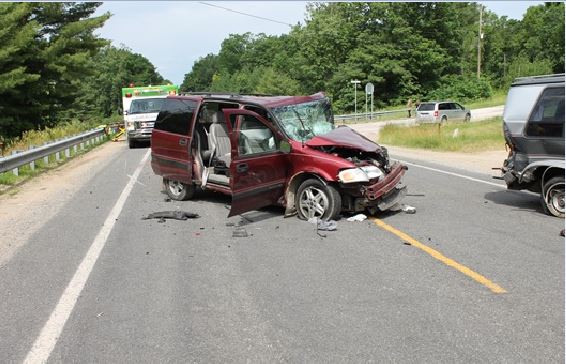 REYNOLDS TOWNSHIP, Mich. — A woman was seriously injured Friday in a three-vehicle crash in Reynolds Township.

Authorities say in a release that the woman said she was distracted by her three children in her van and did not see that the other vehicle was slowing down.  One of her children was reportedly attempting to undo his seat belt, according to the release.

The woman was pinned in her vehicle and had to be extricated.  She was taken to the hospital by AeroMed with serious injuries.

Her children, ages 2, 3 and 4 years old, were taken to the hospital for observation, officials said.

Police say the driver of the vehicle that the woman hit, a 61-year-old Muskegon man, was not injured.  His wife, a passenger in the van, complained of injuries but sought her own medical treatment, according to a release.