A Beatles tribute: local choir ‘rocking out’ with live band for finale concert 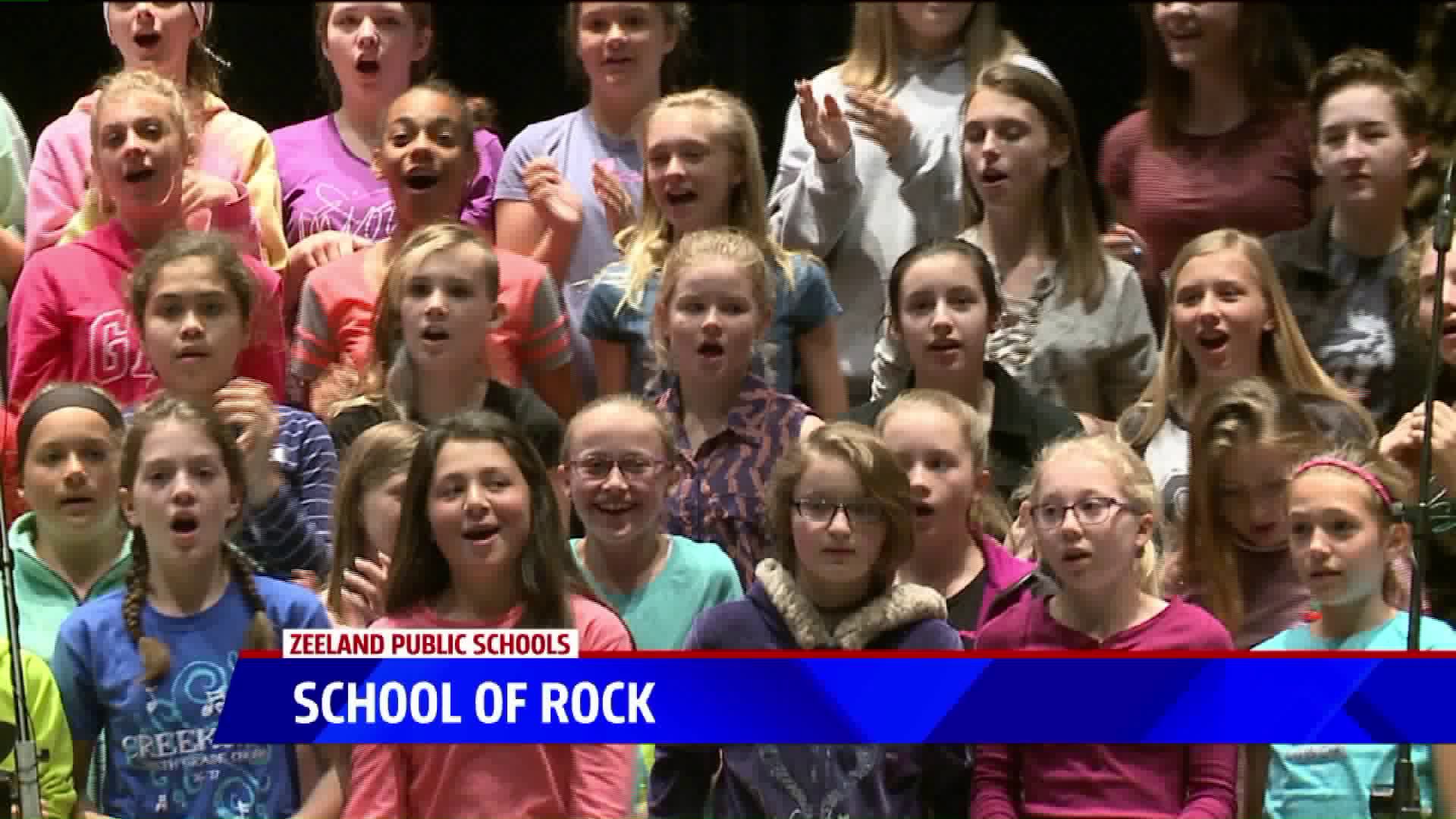 ZEELAND, Mich. -- A local choir teacher is turning his middle school students into a school of rock.

Jeff Costello is the choir director for Creekside Middle School. He's pairing 235 choir students with a full rock band for their end of the year performance, 'A Beatles Tribute' Tuesday night.

"This performance is completely different, not only from what we do the rest of the school year, but what all other choirs do for the most part," said Costello.

Costello has replaced the typical piano accompaniment with a live rock band for this year's grand finale concert, bringing rock and roll out of the classroom and onto the main stage. The show will also include a light and fog show along with choreography in front of a sold out crowd at DeWitt Auditorium located at Zeeland East High School.

"I’m fortunate because along with doing this as a career, I’ve had a 30-year hobby in rock bands," Costello said. "So I’ve learned about sound systems and microphones, and how to get drums and guitars to sound good in a sound system."

In the beginning, Costello admits it was difficult to get kids excited about singing songs from their parent's generation, that is until the students fell in love with the music.

"At first I thought it was old people music," said 8th grader Jack Waalkes. "I was kind of moaning and groaning about the concert but when we started getting into it was really fun and cool."

After months of practice, Castello believes the sold out show is purely inspiring.

"The work that we are doing is inspiring because not a lot of other programs know how to put this together," Castello said.