Buildings at University of Michigan get ‘tattooed’ for art

ANN ARBOR, Mich. (AP) — A new mural that “tattoos” the windows of two museums at the University of Michigan is meant to tell the stories of ancient civilizations while reflecting their respective environments.

Artist and University of Michigan art and design professor Jim Cogswell created “Cosmogonic Tattoos,” an adhesive vinyl mural that covers the windows of the university’s Museum of Art and the Kelsey Museum of Archaeology. The two buildings sit across the street from each other, the Ann Arbor News reported.

The mural features reassembled fragments from around 250 pieces of artwork in the museums’ collections, which are meant to be viewed as a single unfolding narrative. 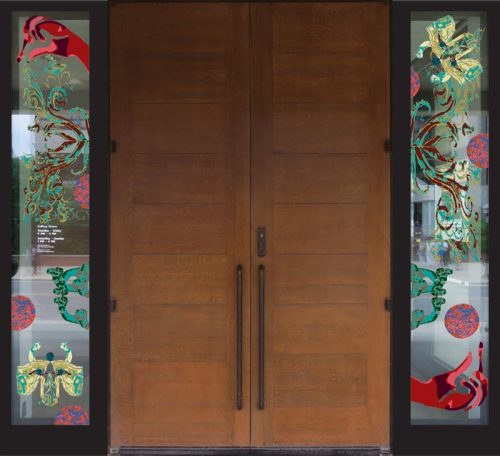 “I’m using objects from one museum and combining them with objects from another museum,” Cogswell said. “That’s a way of talking about two different institutions but also the different origins between archaeology and art. It also creates a story about dialogue transmission across time and space between these two institutions.”

Cogswell said he hopes the exhibit will catch people’s eyes and create a connection with art in a public space.

“The medium, in general, I really like, because opposed to making paintings that end up in a white cute — a gallery or museum space — this is out in a public space,” he said. “People will see it whether they intended to go look for art or not. It’s in the space where they work and congregate.”

The exhibition is open through the end of 2017.