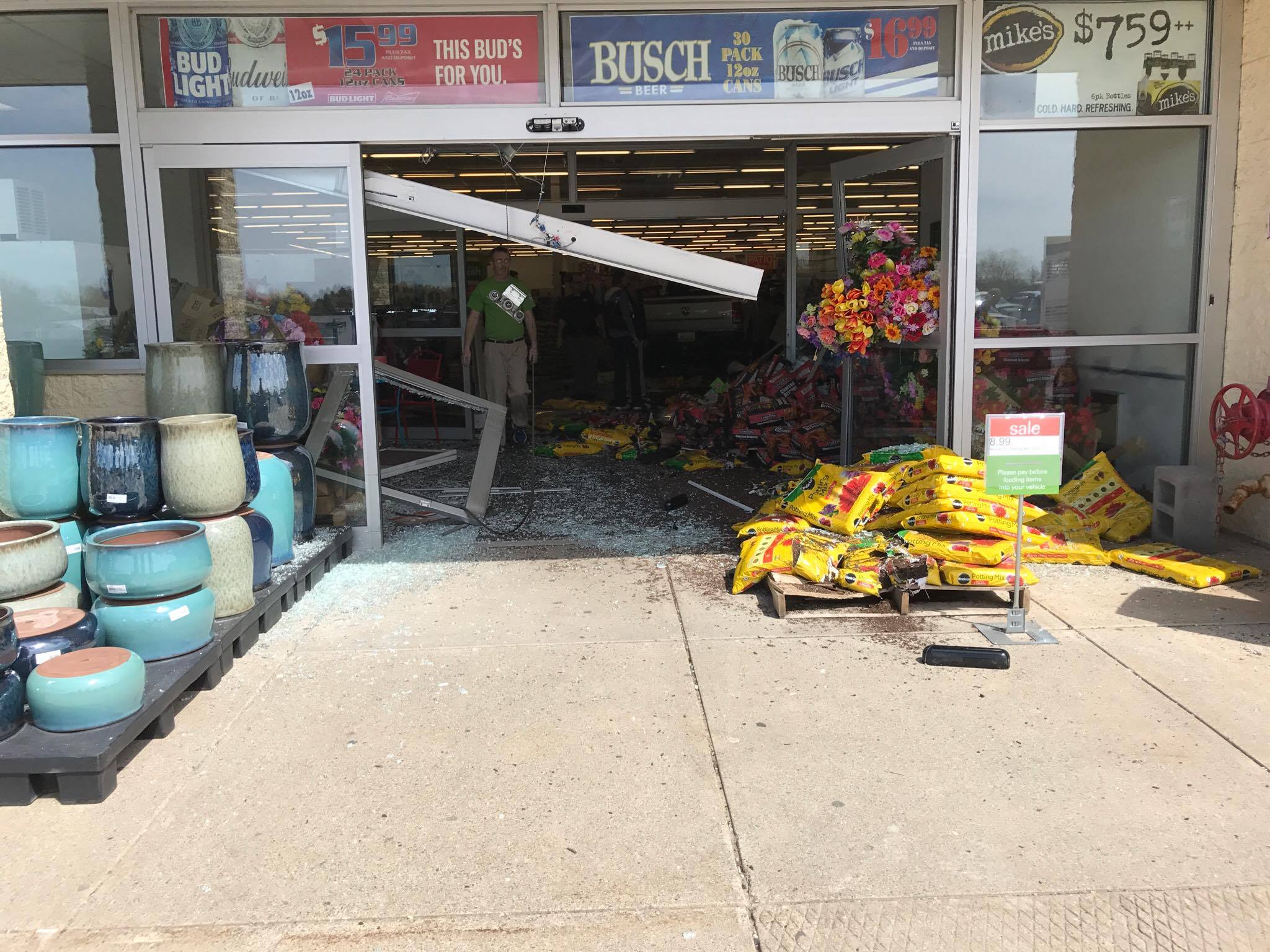 HART, Mich – The driver of a vehicle which crashed into a West Michigan convenience store on Wednesday is the same suspect tied to an attack on the U.S. Coast Guard station in Grand Haven a couple years ago, police sources say.

Wednesday’s crash happened around 3:00 p.m. at the ShopKo Hometown in Hart.

Witnesses tell FOX17 a pickup truck came crashing through the front entrance of the store located off Polk Road and North 72nd Avenue.  The same witnesses tell FOX17 no one was hurt in the crash.  The suspected driver involved was taken into custody by responding officers.

Krueger was arraigned this afternoon, charged with malicious destruction of a building, assault with a dangerous weapon and reckless driving.

Court documents obtained by FOX17 in 2015 show Krueger admitted to police he’d set a fire at a home in Oceana County that his family owned because he was contemplating suicide.  The home was filled with antiques, made to look like an old Texaco Gas Station, considered by many as a landmark in Golden Township.  He’d apparently started a fire by placing a t-shirt on a hot plate and turning it on.

Krueger also admitted to setting another shirt on fire in that incident, but said once he realized a dog was in the home and would be killed in the blaze he grabbed the dog and left the scene.  Krueger never reported the fire to 911.