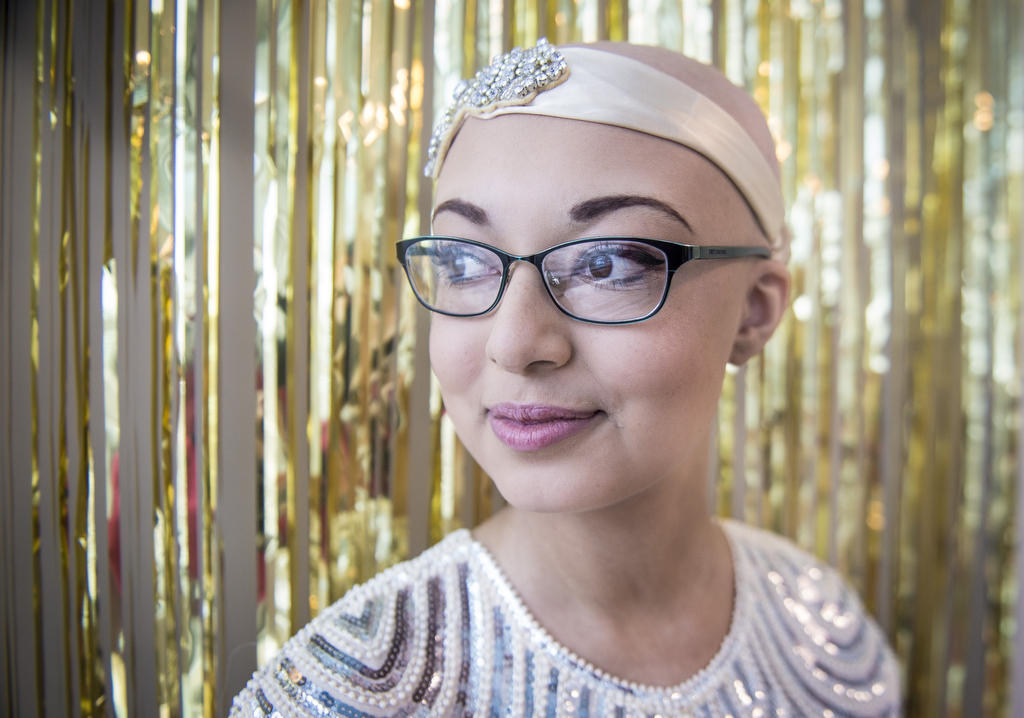 GRAND RAPIDS, Mich. — A bone marrow transplant prevented Corinne Bass from attending her senior prom, so she held her own.

Corrine, 18, lives in Mount Pleasant but spent months recovering from a bone marrow transplant at Helen DeVos Children’s Hospital in Grand Rapids. The hospital says she had resigned to missing the traditions of high school life.

Just before her junior year, Corrine was diagnosed with a rare blood disorder that didn’t allow her bone marrow to produce enough blood cells. She was given medication, but at the start of her senior year, she went to class for 10 days before she relapsed.

Doctors said a bone marrow transplant would be her best bet. She would ultimately spend three months at the hospital, where she underwent chemotherapy treatments and spent weeks in isolation.

One of the biggest high school experiences she wanted to have, but couldn’t, was a chance to have a senior prom.

Knowing this, her teacher at the hospital consulted with her doctor and they thought that they could bring prom to her.

Corrine decided on a 1920s, The Great Gatsby-esque prom. Because her immune system was compromised from her medication, she had to make special arrangements for everything, including a limited guest list and shopping for her dress.

The Gilmore Car Museum in Hickory Corners even provided a car to fit the theme: a 1949 Cadillac limo, complete with a chauffeur.

Corinne chose to invite many of her caregivers to her prom. The hospital says she was expecting to see all of her guests dressed in their scrubs; she wasn’t expecting them to be dressed to impress.

Jazz hands, kicks, heel taps, a kick line – Corinne and her guests had a lot fun, toasting and cheering to her new immune system and to her good health.

Corinne said it all made up for her senior prom.

“Today was amazing,” Corinne told the hospital. “I think that they went beyond my expectations of what I thought it was going to be.”

Corinne is planning on attending Central Michigan University for video production, though she’s also thinking about the medical field as well, given her experience in the hospital as a patient.