KALAMAZOO, Mich. — Kalamazoo Police say an 18-year-old man was arrested Tuesday afternoon after crashing a stolen car into a building. 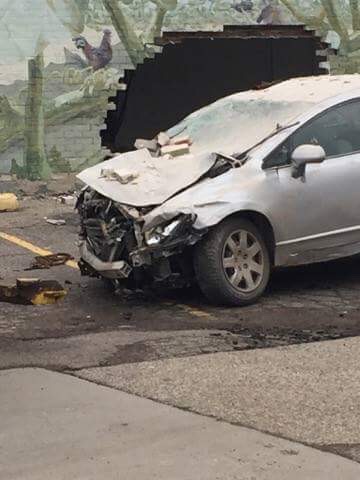 The crash caused a gas leak and officials closed the road and evacuated area businesses. The gas leak has since been fixed.

Police say the crash happened after officials spotted the stolen car at about 1:37 p.m. in the area of Burdick and Lake Street.  When police turned their patrol vehicle around to stop the car, the teen drove off at a high speed, lost control and crashed into the building, according to a release.

The suspect faces charges of hit and run, resisting and obstructing police and possessing a stolen vehicle.  He will be identified pending formal arraignment.