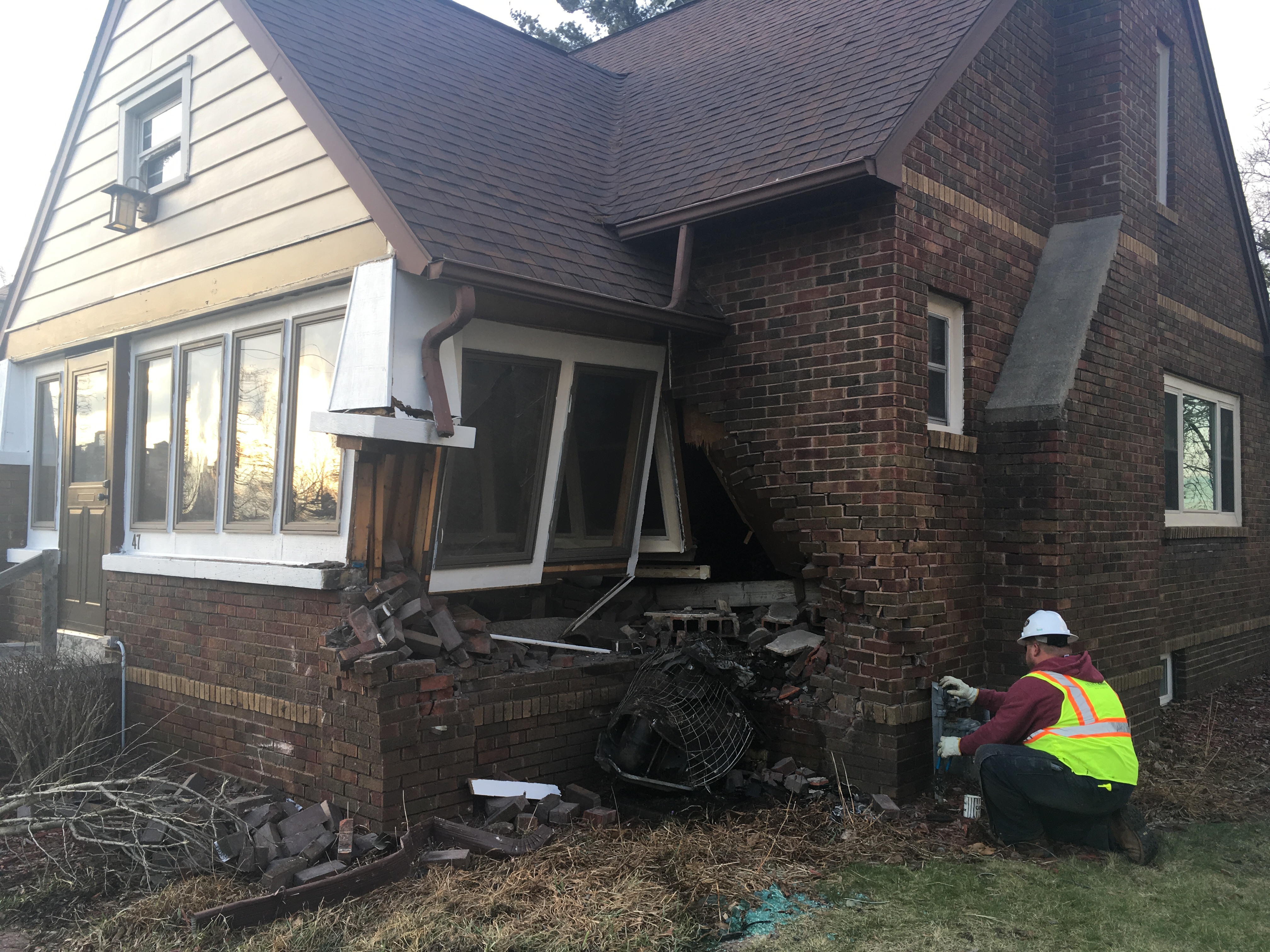 BATTLE CREEK, Mich. –A house was badly damaged after a person crashed into it early Monday evening.

David England lives in the house at the corner of Harvard and Woolnough. He was at work in Kalamazoo when he was told a car had plowed into the front of his house. His son was the only one inside at the time.

“He was in the basement,” England says. “He called her [England’s wife] in a panic saying that someone had just ran into the house.”

England got home in time to see the car being pulled from the side of the house.

“He just totally demolished this house,” England says. “We had a breakfast nook…it’s now over here in multiple pieces. And there are bricks literally in our kitchen, and the kitchen is on the opposite side of the house.”

England told FOX 17 that neighbors told him they saw two vehicles drag racing down the street. One car seemingly nudged the other, sending it out of control into the house.

“They were guessing 90 miles an hour. But there’s nothing official from police, it’s just speculation from everyone watching.”

England says he was told the driver was arrested and taken to the hospital with arm injuries. He says he has lots of adjectives to describe the driver, but is settling for “stupidity” for now.

“This stuff is all replaceable. Life is not,” England says. “Had that kid killed himself or killed my son, it’d be an entirely different situation.”

He has a message to other drivers who may be tempted to speed in a residential area:

“Don’t do things like this. Obey the law. Pay attention when you’re driving. Stay off your phones. Do the right thing when you’re in your car, because you can kill people.”