HOLLAND, Mich. -- Thousands of people showed up at midday Saturday to protest the nomination of Grand Rapids' Betsy DeVos as the U.S. Secretary of Education.

The crowd turned out to be much larger than had been expected, numbering into the thousands, and was made up of both liberals and conservatives alike. Many of them were carrying signs.

President Trump nominated the Grand Rapids billionaire who grew up in Holland to the Cabinet post heading up the Education Department on Nov. 23, 2016. Her confirmation hearing before the United States Senate Committee on Health, Education, Labor & Pensions wrapped up on Jan. 17 and her confirmation vote is slated for Jan. 31.

There also is a national protest scheduled from 10 a.m. to noon Sunday at the U.S. Capitol in Washington, D.C.

Thousands marched in @BetsyDeVos hometown of Holland protesting her nomination for Secretary of Education... @FOX17 pic.twitter.com/zrILy01hUw 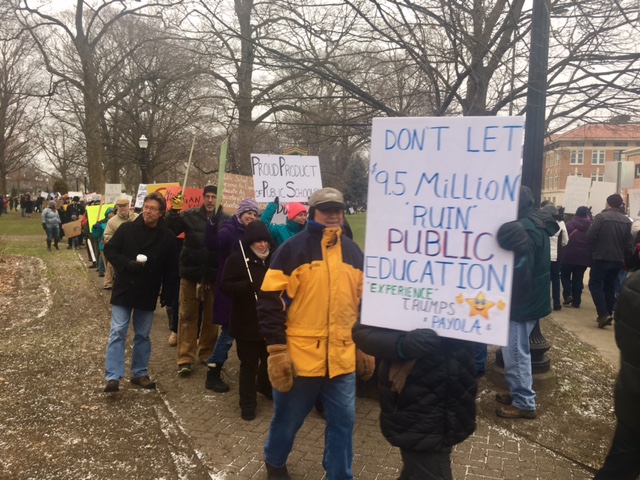