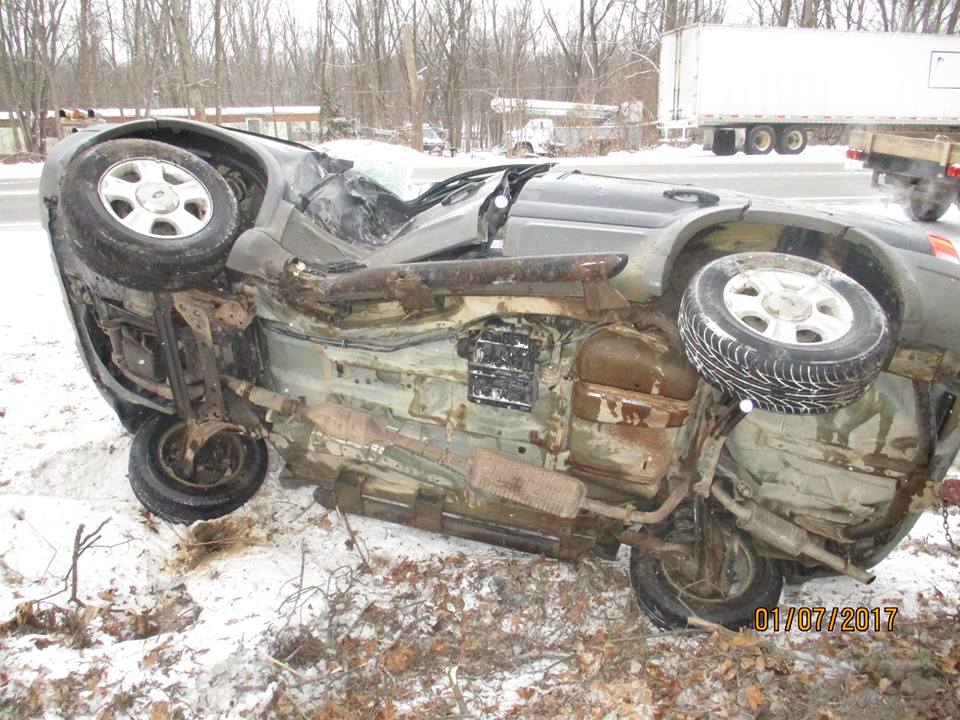 IONIA COUNTY, Mich. — Police say a 51-year-old Saranac man was arrested for drunk driving following a crash over in Ionia County the weekend.

It happened around 11:25 a.m. on Saturday in the 7500 block of Blue Water Highway, according to the Ionia County Sheriff Office Facebook page. The driver was reportedly hauling a trailer full of wood when the trailer began to sway out of control. Police say the SUV went off the road sideways and struck a tree.

His passenger, a 21-year-old Saranac man suffered minor cuts to the mouth. The driver was taken to the hospital to be checked out before being taken to the Ionia County jail.