SOUTH HAVEN, Mich. -- Three good Samaritans are being credited with saving a man who was injured during a fiery rollover crash early Monday morning.

It happened at approximately 3:15 a.m. on the northbound ramp of exit 26 on I-196 in South Haven. Police say a tanker truck rolled over as the driver exited the highway. The truck was hauling 8,000 gallons and had started fire. The driver was found lying next to the cab.

Three drivers who witnessed the crash stopped to help. They were able to pull the driver away before the entire semi started burning.

When emergency crews arrived, they took the driver - Michael Bennett, 45, from Benton Harbor - to the hospital . Deputies say he suffered minor injuries.

The three good Samaritans were identified as Jeff Hunter from Gaylord, Chad Edgington from Illinois, and Shawn Crittendon who was heading to Chicago.

Northbound I-196 was rerouted at exit 20 while crews worked to clear the wreckage. The freeway was reopened shortly after 5:30 a.m. with the ramp remaining closed for cleanup.

Investigators say speed is believed to be a factor in the crash. 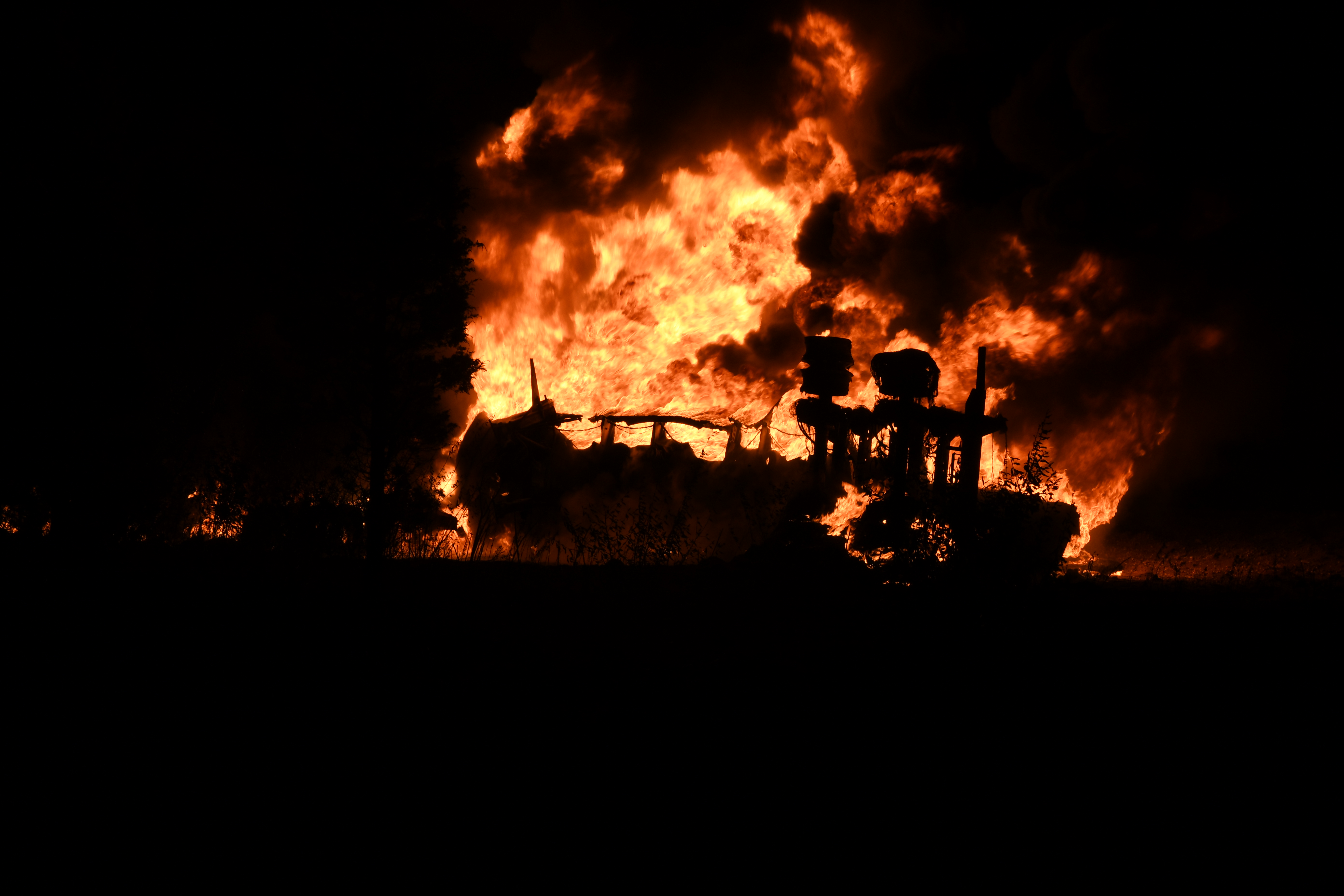