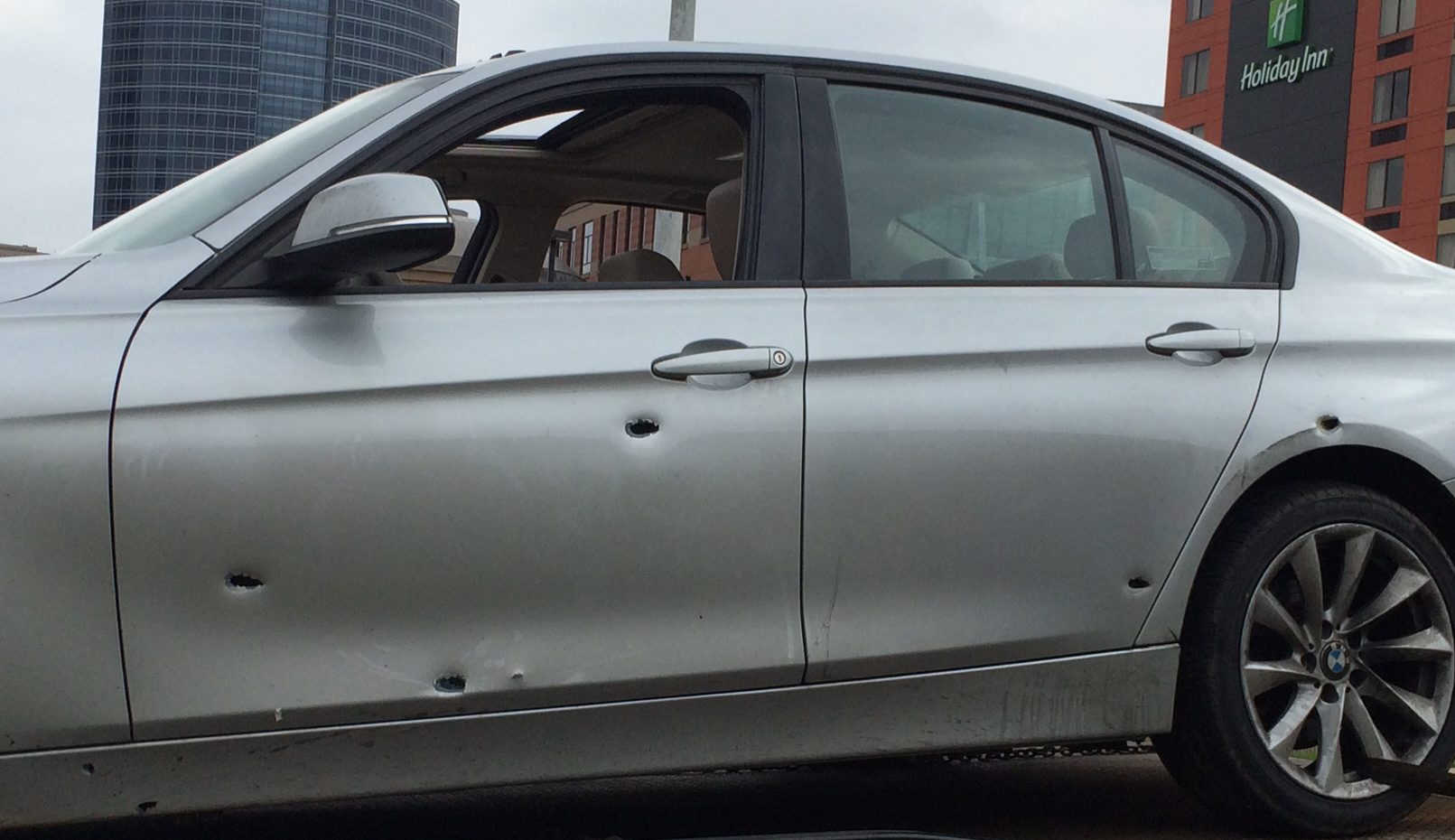 GRAND RAPIDS, Mich. — Two men believed to be connected to overnight shootings were stopped and arrested at the Pearl Street exit off northbound US-131 Saturday morning while the search continues downtown for a third suspect who fled the scene.

Grand Rapids police believe the three are connected to two shooting incidents in the Black Hills neighborhood around 3:15 a.m. and again around 11 a.m. Saturday. Police say at least 10 gunshots were reported to have been heard near Woolsey and Oxford overnight where officers say they found bullet holes in a home in the 800 block of Woolsey.

In both cases police said a group of men in a car exchanged gunfire with a group of people in the neighborhood.

Witnesses told police the men were driving a silver-colored BMW.

Roughly eight minutes after the second reported incident, a driver exiting US-131 at Pearl Street reported seeing a silver-colored BMW stalled on the ramp. As the passerby prepared to stop to help the driver, they said one of the men pointed a gun at them, according to police. The vehicle matched the description of the earlier incidents in the Black Hills neighborhood.

Police were able to block the suspected vehicle at the northbound Pearl Street exit ramp where they arrested two men around 11:30 a.m. Two handguns were also confiscated from inside the vehicle.

Several bullet holes believed to be from the earlier shooting incidents in the Black Hills neighborhood were visible in the side of the vehicle.

Witnesses reported a third suspect ran from the scene before officers arrived.

The Grand Rapids Police Department said officers are looking for a white man with neck and facial tattoos who was last seen wearing a light colored hooded sweatshirt after fleeing the “high-risk” traffic stop.

The suspect was last seen in the area of the J.W. Marriott Hotel.

Police said the suspect could be armed and dangerous.

Anyone spotting the suspect should call 9-1-1 immediately.

The ramp has since been reopened to traffic.