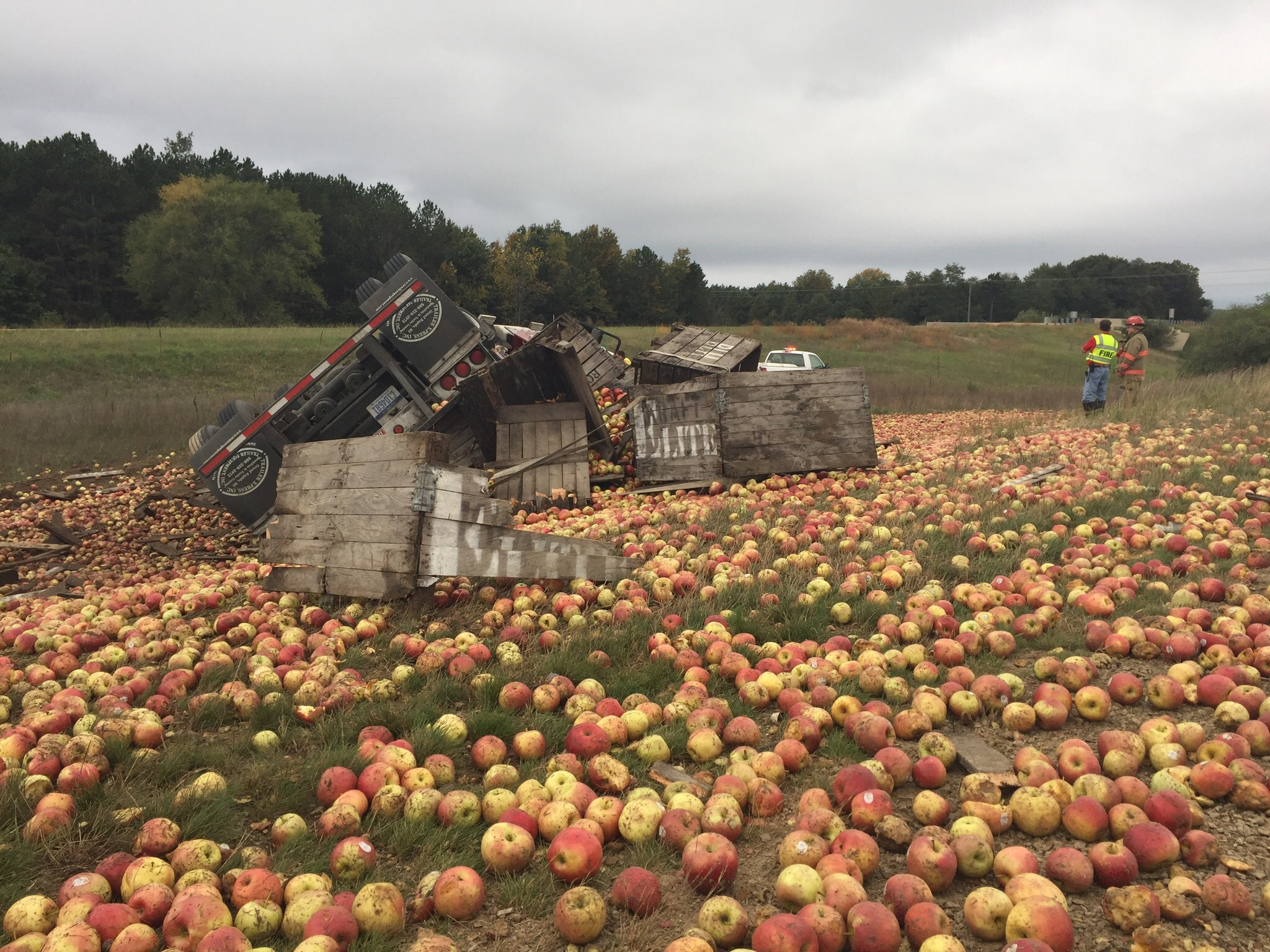 OCEANA COUNTY, Mich. — Nearly 80,000 apples spilled onto the the side of a northern Michigan highway after the semi hauling them crashed, the Oceana County Press reports.

The Press says the truck was heading to Indian Summer in Ludington from Sparta when it rolled over in the median of US-31 near Monroe Road Tuesday morning.

The driver of the semi – Dennis Radford, 62, from Grand Rapids – suffered minor injuries. He told the Press he didn’t know how the crash happened.

The semi’s cargo was going to be used to make applesauce. The truck was carrying 96 boxes of apples with 18 bushels in each box. In all, approximately 80,000 apples or 149,000 pounds were spilled.

The semi-truck was the only vehicle involved in the crash.

The Oceana County Press contributed to this report.