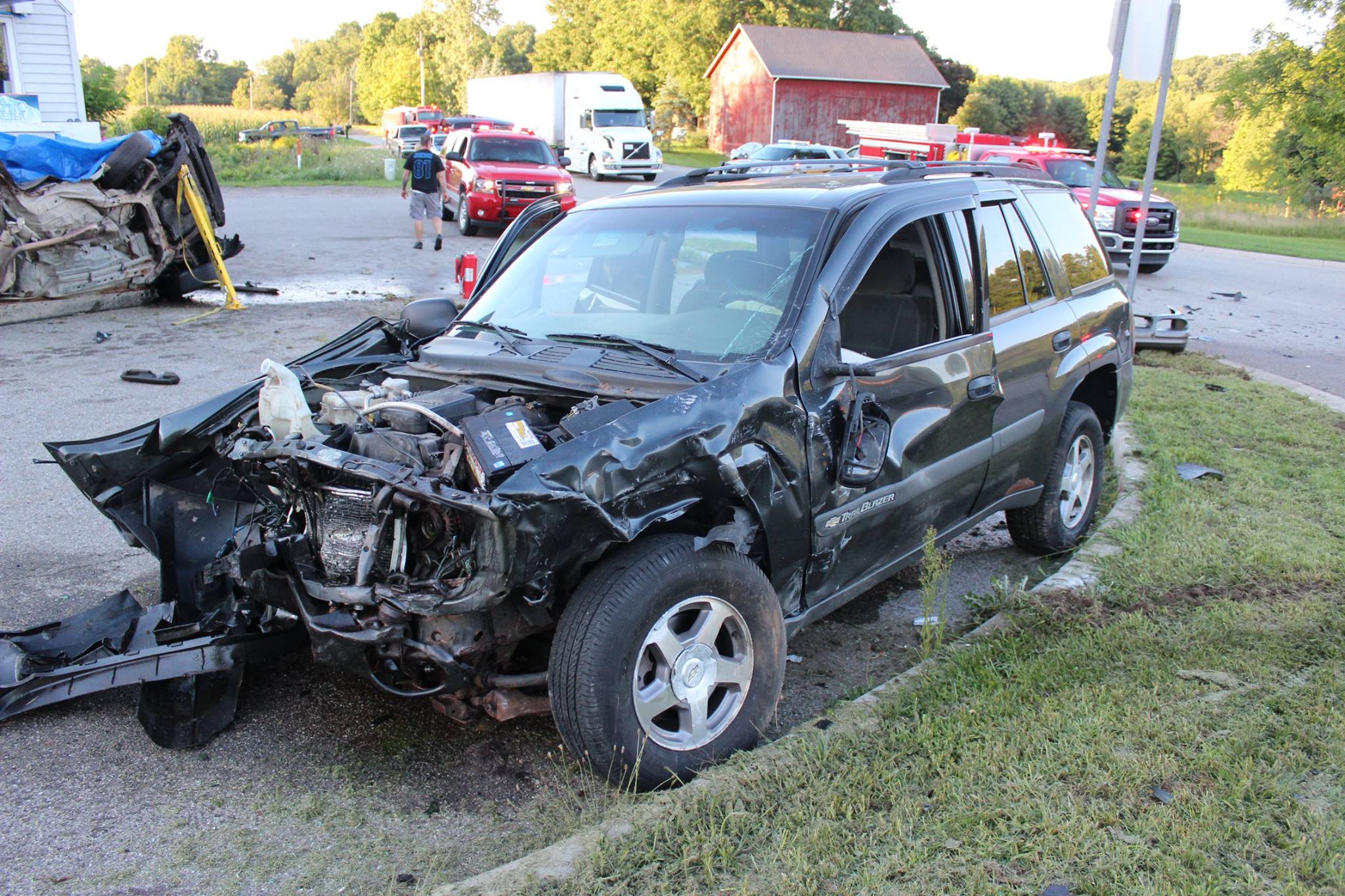 IONIA COUNTY, Mich. -- A woman was killed and five other people were injured Friday in a rollover crash in Ionia County.

The Ionia County Dispatch says the crash was reported just before 7 p.m. at Grand River Avenue and Morrison Lake Road.

According to the Ionia County Sheriff's Department, the investigation revealed that an Oldsmobile Alero being driven by a 27-year-old man from the Belding area was traveling northbound on Morrison Lake Road. The driver disregarded the stop sign and drove into the path of a Trail Blazer being driven by a 31-year-old man heading westbound on Grand River Avenue.

The passenger in the Oldsmobile was pronounced dead on scene.  The driver and infant passenger were transported to the hospital with serious injuries.

The occupants of the Trail Blazer were also transported to the hospital with non-life threatening injuries.

The investigation is ongoing.