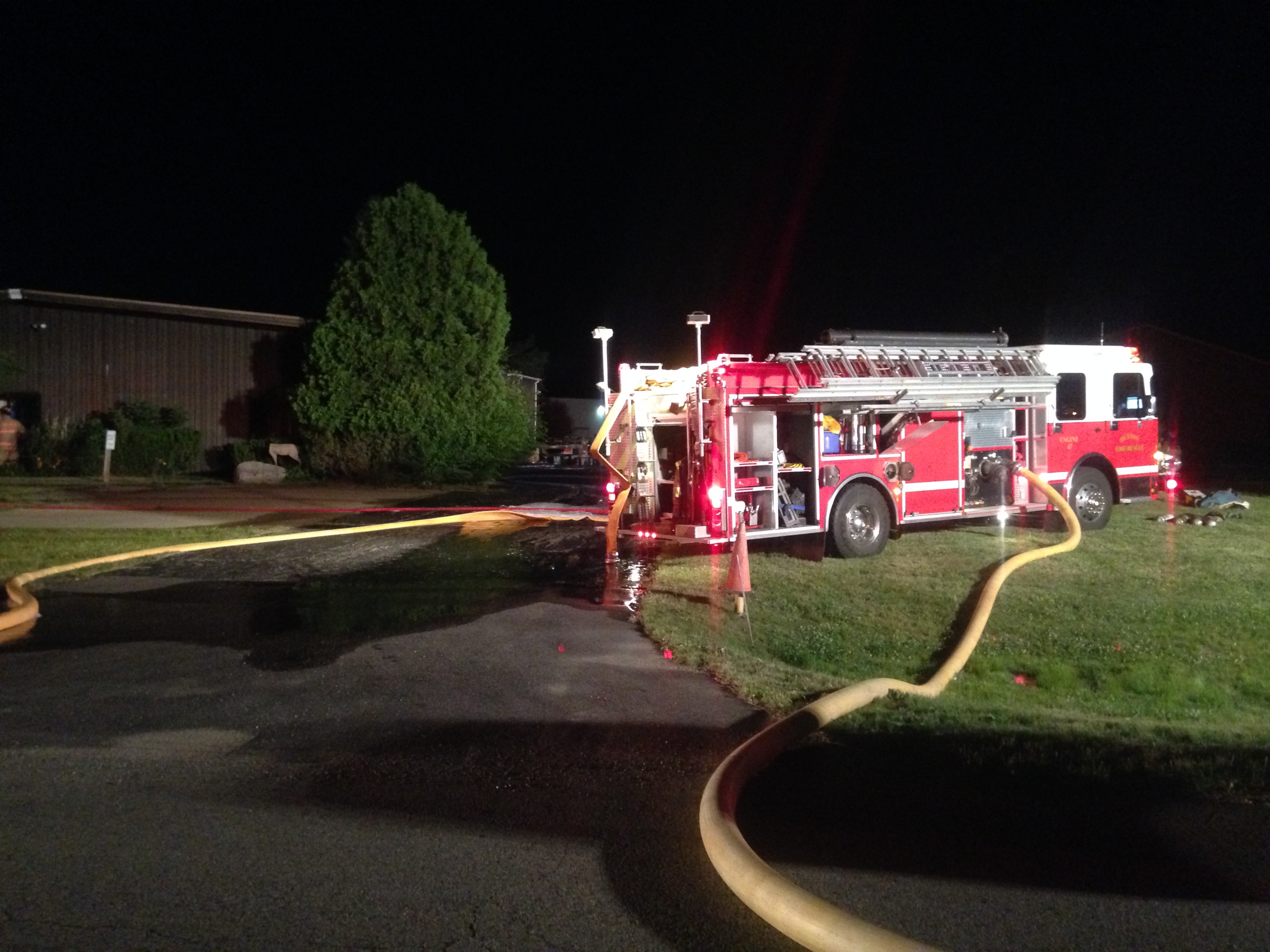 CALEDONIA, Mich – The cause of a fire that resulted in damage to a Caledonia area business remains under investigation Monday night.

Crews were called to an asphalt sealing company in the 6900 block of Dutton Industrial Drive around 9:30 p.m.

Crews were able to get the fire under control after a short period of time, but there was heavy damage to equipment bays.  Nearby offices also suffered water and smoke damage after the response.