Police are looking for the suspect in the robbery at the First Merit Bank at 917 W. Norton on May 23. The man came into the bank and implied that he had a gun. He got away with an undisclosed amount of cash.

Police say that surveillance video show the man running from the bank to a vehicle parked west of the building. It is described as being either an older GMC Envoy or Jimmy, an older S-10 Chevy Blazer or an older Olds Bravada. 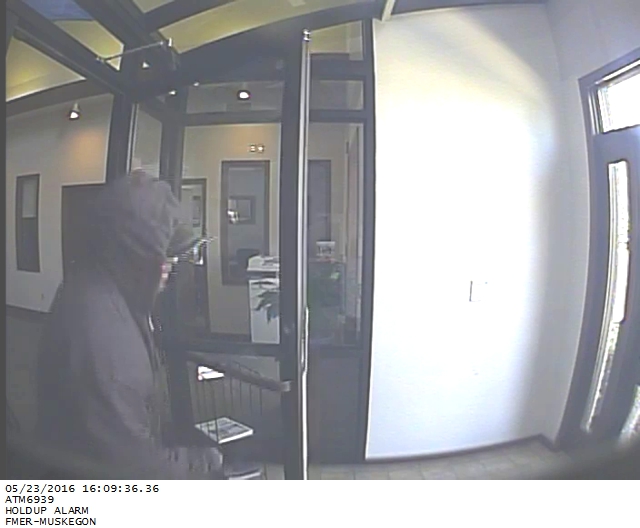 Anyone with information is asked to contact Norton Shores Police Department at 231-733-2691 or Silent Observer at 231-72-CRIME.