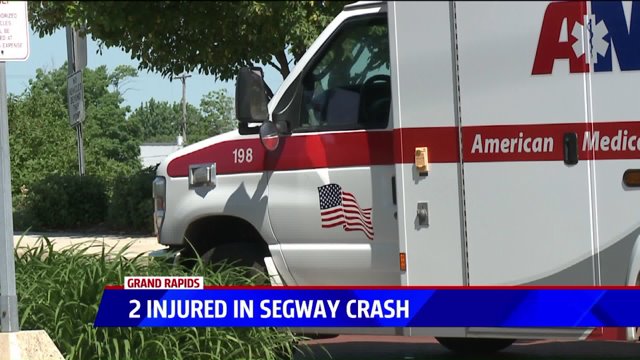 The two people operating the segways crashed on Sixth Street just on the east side of the Sixth Street Bridge.  Fire crews at the scene tell us they were part of a tour group.

Fire crews told FOX 17 that the crash was head-on, but the owner of the segways called FOX 17 late this afternoon and said that one of the segways crashed into the back of the other one.

At least one person was taken to the hospital in an ambulance.  The extent of their injuries was not known.