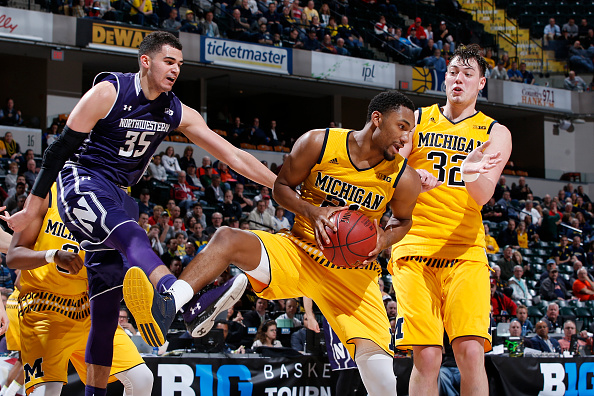 INDIANAPOLIS (AP) — Zak Irvin, who grew up in an Indianapolis suburb, sank a jump shot from the right wing with 3.3 seconds remaining, lifting No. 8 seed Michigan to a 72-70 overtime victory against No. 9 seed Northwestern on Thursday in the Big Ten tournament.

The Wolverines (21-11) trailed 70-67, but Duncan Robinson’s 3-pointer with 46.5 seconds remaining tied it at 70. Northwestern  (20-12) missed an opportunity to retake the lead, and Michigan ran the clock down from 29.3 seconds to set up Irvin’s game winner. Irvin grew up in Fishers, Indiana, and graduated from Hamilton Southeastern High School.