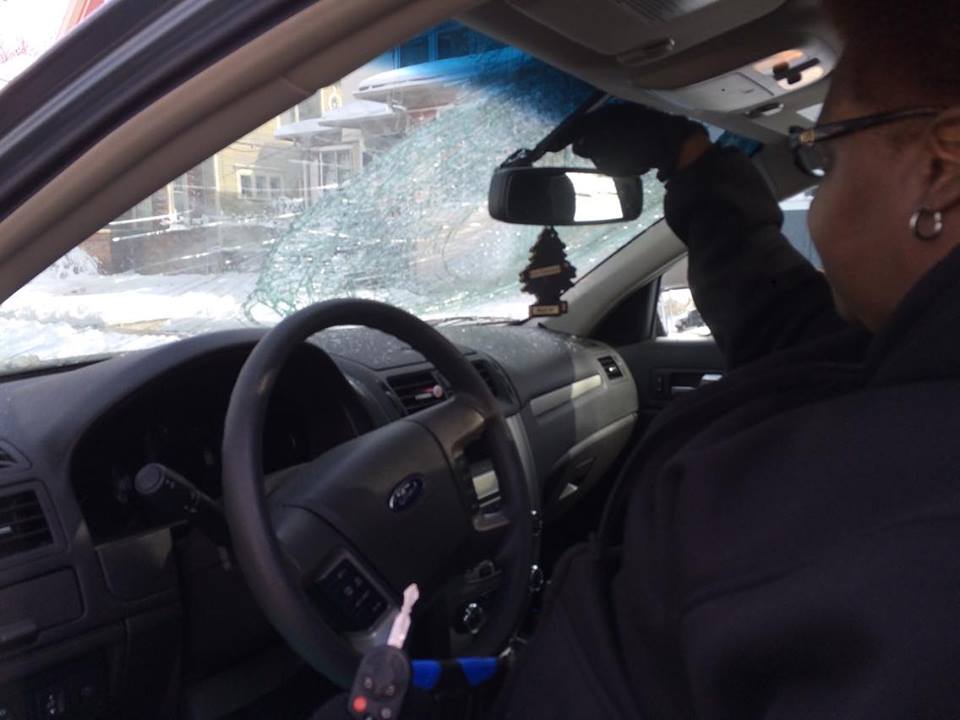 GRAND RAPIDS, Mich. — A Grand Rapids woman had a close call Thursday morning while on her way home from work.

Antoinette Robinson says she was driving northbound on Coit Avenue, about to go under the I-96 overpass, when a huge pile of snow was pushed off the overpass by a snow plow. It landed right on her windshield, causing extensive damage.

Robinson says she’s now has to get her car fixed, but can’t afford the $500 deductible from her insurance company. She says she think the snow plow company should be held responsible.

We reached out to the Kent County Road Commission. They say it’s still too early to determine if the road plow involved belonged to them. However they did issue this statement:

“When claims such as this are made, we explain that road agencies like KCRC have governmental immunity in the normal course of storm response/snow removal. However, if the claimant would like to submit a claim to our insurance carrier, we will supply him/her with the necessary information.”