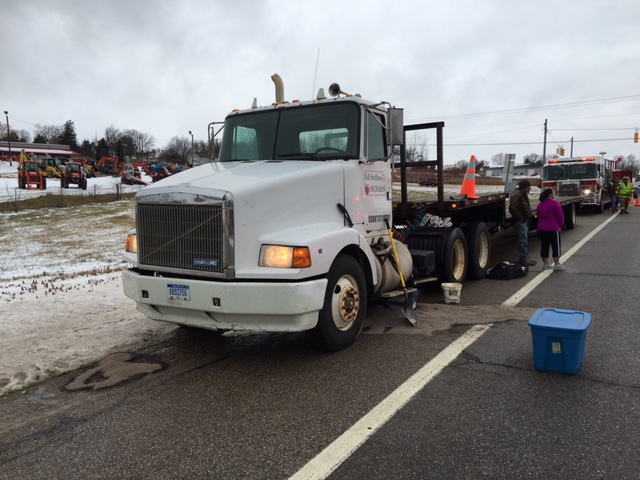 The first crash happened just after 3:45 p.m. when a vehicle turning from 10 Mile Road drove into the path of a southbound semi-truck, according to police at the scene of the crash. The semi-truck swerved to avoid hitting the vehicle and jack-knifed across the southbound lanes.

The semi-truck was removed from the roadway by 4:25 p.m., officials said.   Police say the truck’s fuel line was punctured, and crews worked to clean up any fuel that spilled onto the roadway.

While emergency officials were responding to that crash, a northbound vehicle rear-ended another vehicle in the same area of M-37.  Police say the driver was likely distracted by the semi truck crash and hit the other vehicle.

Police say the driver who caused the northbound crash sustained minor injuries.  No other injuries have been reported.