Police chase ends in rollover crash on I-196 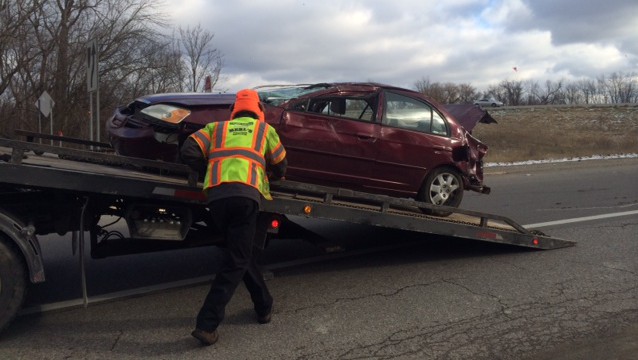 GRAND RAPIDS, Mich. — A routine traffic stop turned into a police pursuit Saturday morning  that ended in a rollover crash on I-196 in Kent County.

Authorities at the scene said the chase began as a traffic stop at West River Road in Comstock Park around 10 a.m. Kent County Dispatch reported the driver sped away and was driving recklessly.

After entering the highway on westbound I-196, the suspect’s car blew a tire and flipped after trying to exit at Market Avenue.

There is no word yet on why the suspect fled.

The suspect was arrested and is only being described by police right now as a young man. He was taken to the hospital for minor injuries.