HOLLAND, Mich. - The City of Holland has big redevelopment plans for its aging Civic Center.

The $11 million design will overhaul the entire block where the Holland Civic Center has sat since 1954.  $2 million was donated anonymously.  Mayor Kurt Dykstra says the city is seeking additional private funding for the project, on his last day in office.

The structure will get updated amenities including air conditioning and expanded meeting spaces indoors.  Outside, there will be an expanded green space, a jet splash pad, children's sculpture garden, and a band shell stage with seating area for concerts and performances.

The Civic Center property is adjacent to the Eighth Street Market which hosts the Holland Farmers' Market during the summer months. 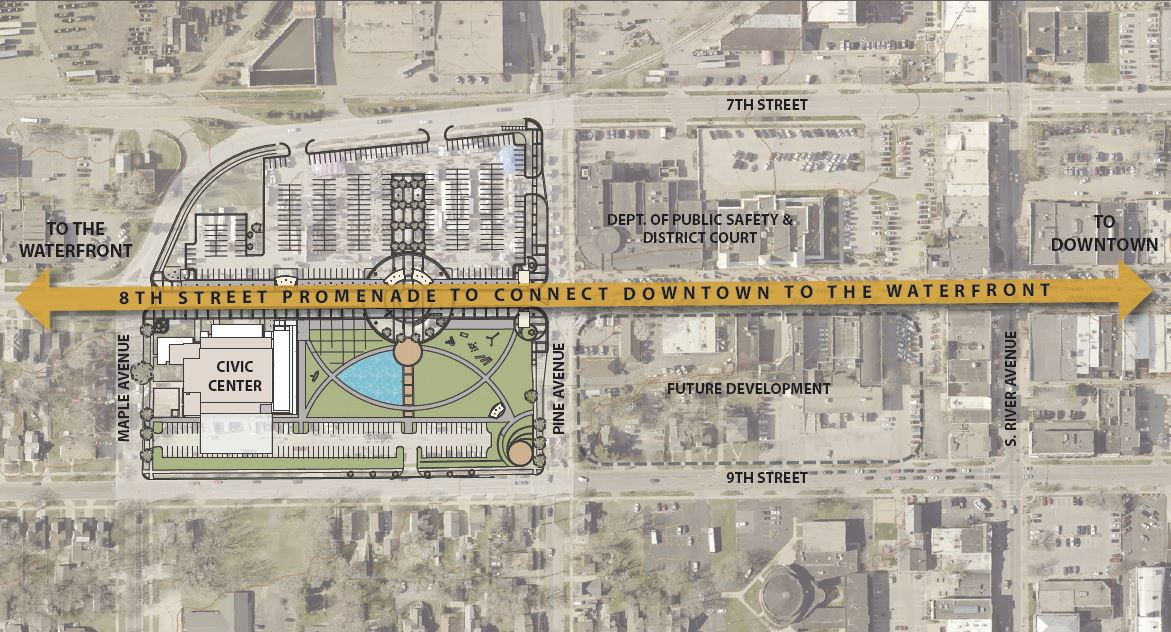