GRAND RAIDS, Mich. (June 26, 2014) — The Grand Rapids Police Department Thursday released surveillance photos of a suspect believed to be connected to as many as 10 armed robberies between April and June.

Police believe the incidents are related and are seeking the person pictured in these surveillance photos.  According to a release, there may be two suspects.

During one of the robberies, a suspect wore a shirt with the word “Nuggets” printed on the back.

According to a release, the businesses robbed include: 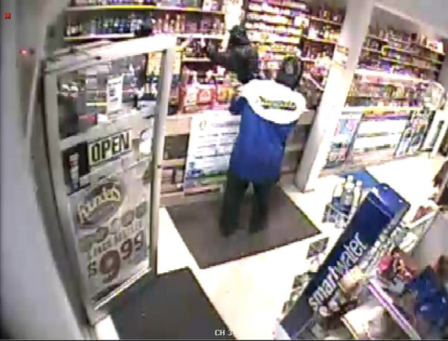