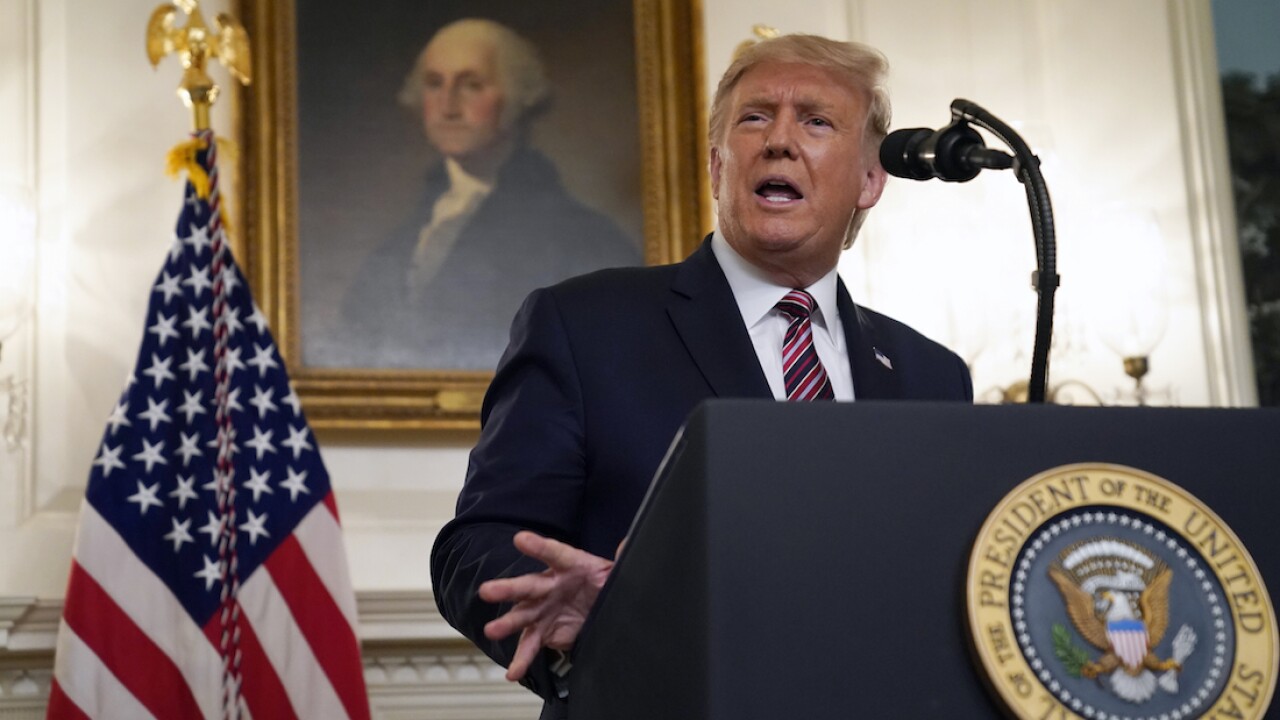 During a briefing Sunday evening, President Donald Trump seemed to indicate he would commit to a friendly transition of power after the election, should he lose.

"I think we’re going to have a tremendous victory. I don’t think there will be a transition. They say ‘will there be a friendly transition?’ Of course there will. But when we win they don’t call it a transition, do they," the president said. "Do we believe in a peaceful transition? We do," he added.

Trump acknowledges the confirmation process for Barrett may not go “smoothly.” She will begin meeting with individual senators this week. Proceedings in her hearing process could begin the week of October 12.

Senate Majority Leader Mitch McConnell hasn’t yet said for certain whether a final vote will come before or after the Nov. 3 presidential election, just a little more than five weeks away, but Republicans are eyeing a vote in late October.