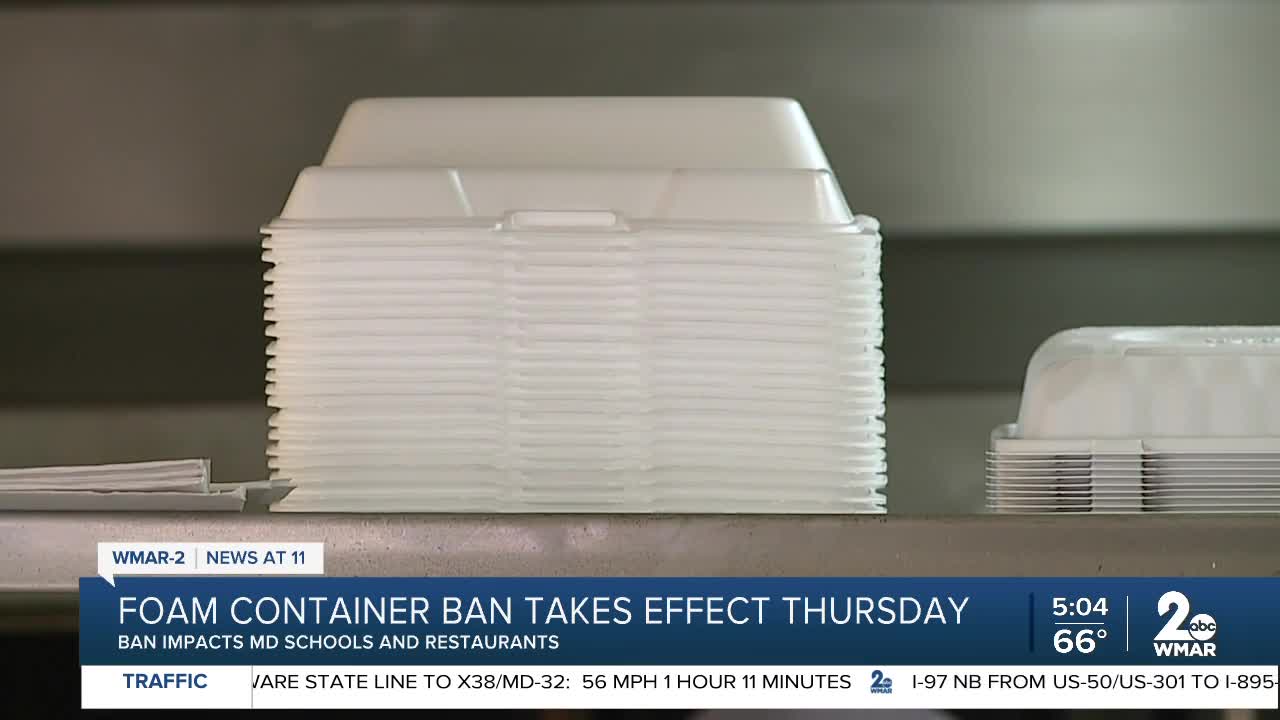 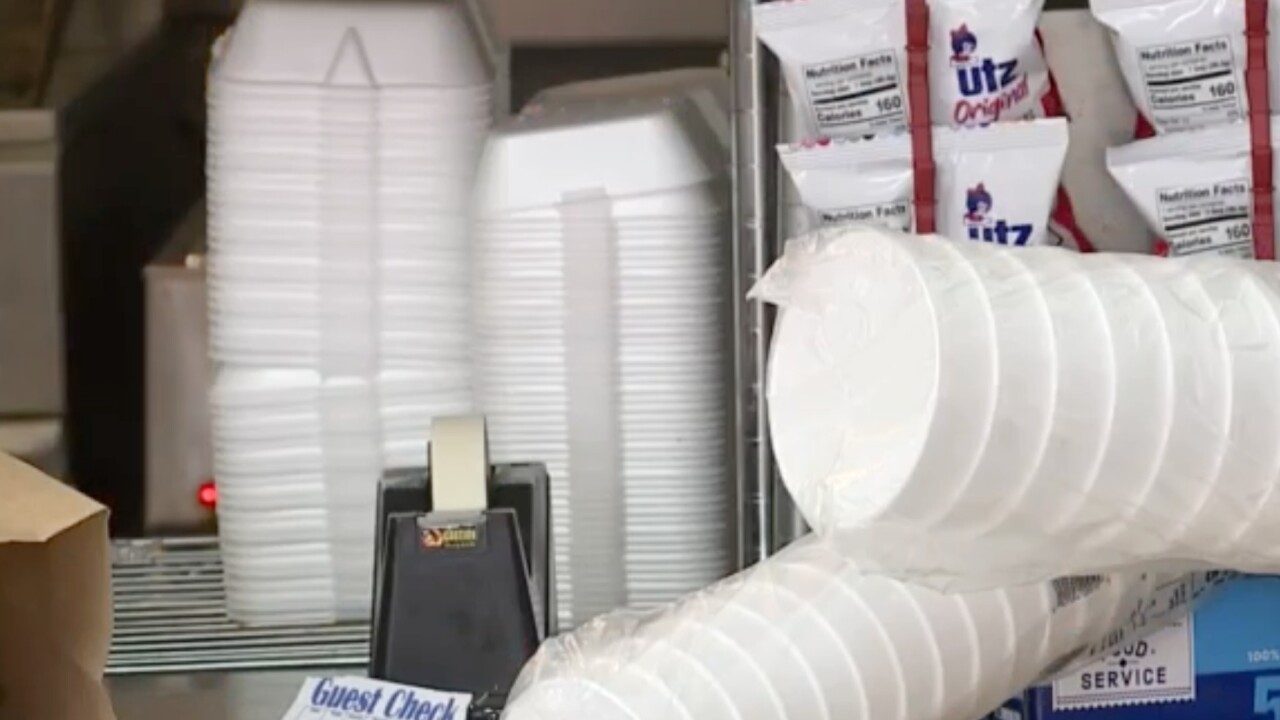 BALTIMORE, Md. -- On Thursday, Maryland will become the first state in the country to ban foam containers for all schools and restaurants in the state.

Some counties throughout the Baltimore area have already made the move to ban Styrofoam. Baltimore County is not one of them, but some restaurants have already taken the initiative to go green.

More eco-friendly to-go options at restaurants tend to be a little more expensive, but Styrofoam can't be recycled and doesn't break down, so it's considered an environmental issue.

There is already a foam ban in Baltimore City, as well as Montgomery, Prince George's and Anne Arundel counties.

In addition to the foam ban on Thursday, Howard County is charging five cents for plastic bags in another effort to be sustainable.

It's a lot less than the $250 fine that restaurants could face for violating the foam ban.

The foam ban was originally planned for July, but because of the pandemic, state officials pushed it back to October to give restaurants a little more time to adapt.

This story was originally published by Erin MacPherson at WMAR.