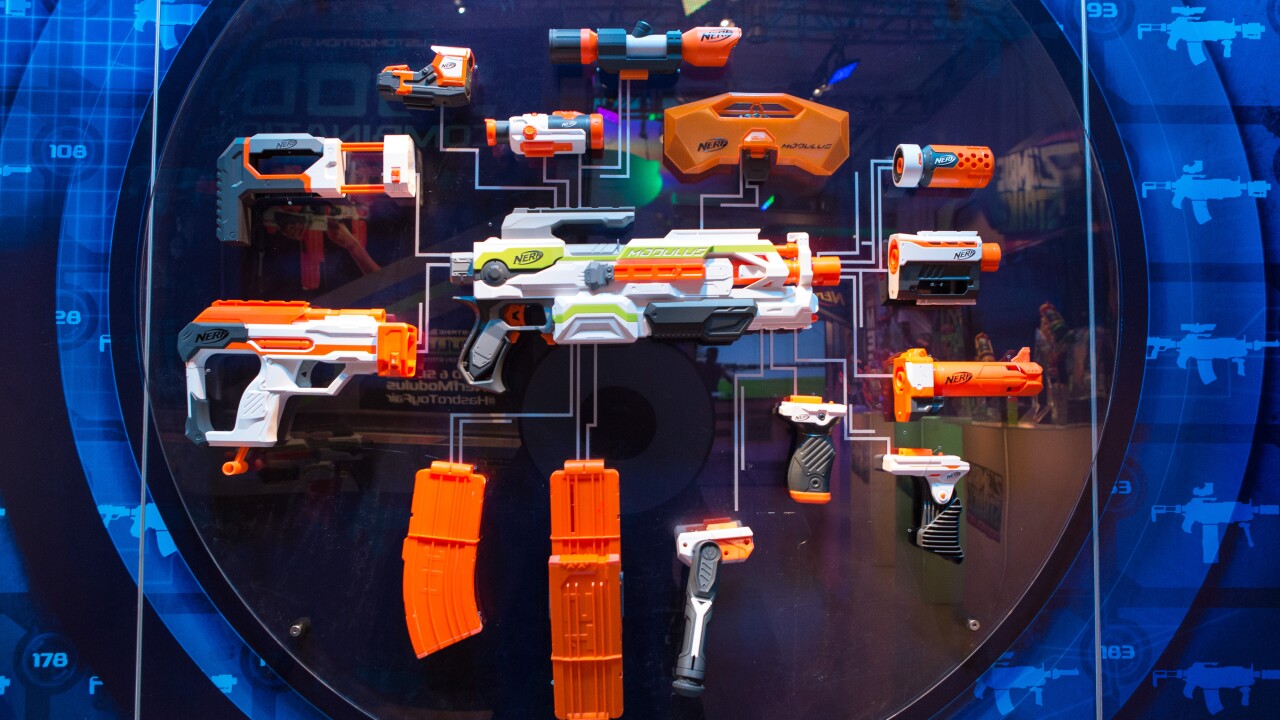 Matt Peyton/Invision for Hasbro
IMAGE DISTRIBUTED FOR HASBRO - Hasbro introduces Nerf Modulus, a new line inspired by consumer insights and a demand for increased levels of blaster customization, on Saturday, Feb 14, 2015 at its showroom during the North American International Toy Fair in New York, NY. The Nerf Modulus line offers fans the ability to build and re-build their blasters as needed, adapting to a wide variety of blaster missions, and includes the powerful Modulus ECS-10 Blaster and four Modulus Upgrade Kits, which together can create more than 1,000 blaster configurations. (Photo by Matt Peyton/Invision for Hasbro/AP Images)

David Rush loves breaking world records; as a matter of fact, he has over 150 entries in the Guinness Book of World Records.

This week, Rush’s latest foray into the world records book was for most targets hit with a single-shot Nerf gun. In one minute, Rush hit the target 24 times, breaking his previous record of 19.

Rush said that he previously set the record unofficially at 24, but it did not count as the video he used to document his attempt did not take.

With the Nerf gun being “single-shot,” Rush is required to reload between each shot.

Rush says he uses his record-breaking attempts to promote STEM education. Rush said he has an electrical engineering degree from MIT, an MBA from Boise State.

Other records Rush has set include farthest distance trekked balancing a bike on chin, most t-shirts worn and torn in one minute, and most leaves raked in one minute.