Barr attacks prosecutors inside his own Justice Department 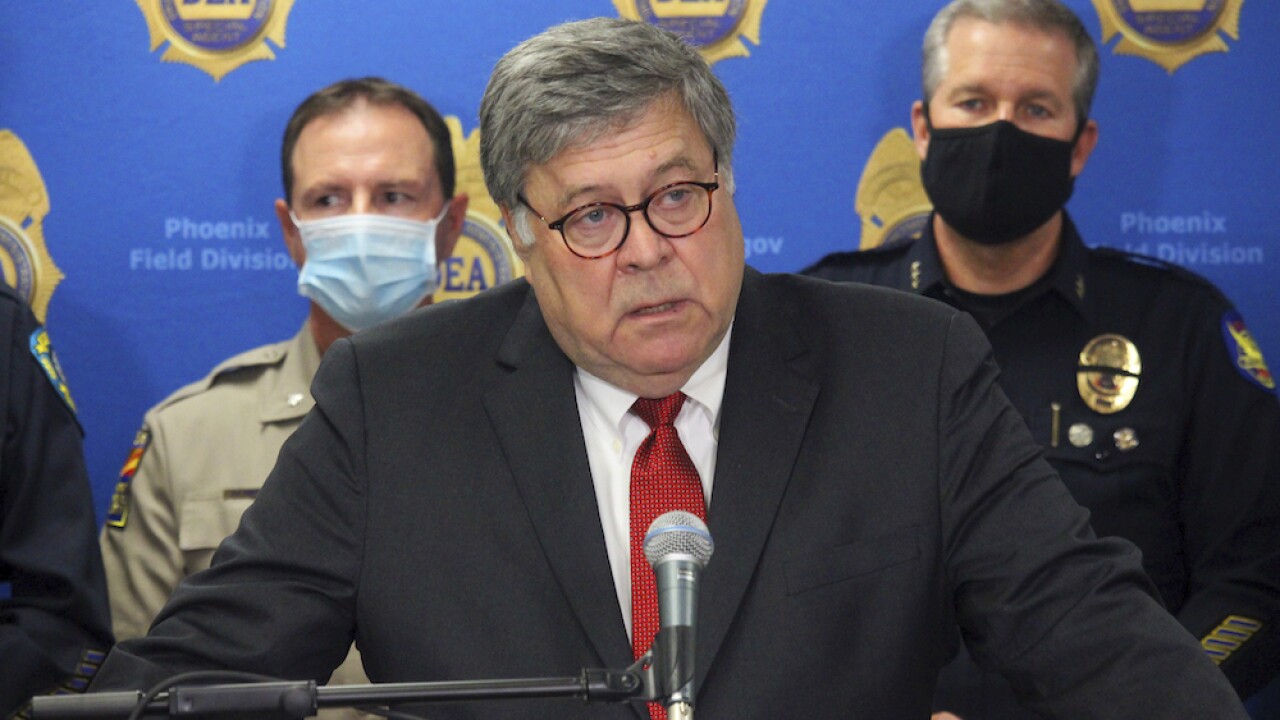 Copyright 2020 The Associated Press. All rights reserved.
Bob Christie/AP
U.S. Attorney General William Barr speaks at a Thursday, Sept. 10, 2020 news conference in Phoenix where he announced results of a crackdown on international drug trafficking. Barr spent much of his time attacking mail-in voting, defending a Justice Department decision to take over defense of President Trump in a defamation case and discussing the civil unrest triggered by the killing of George Floyd by Minneapolis police in May. (AP Photo/Bob Christie)

Attorney General William Barr took aim at his own Justice Department on Wednesday, criticizing prosecutors for behaving as “headhunters” in their pursuit of prominent targets and politically charged cases.

The comments at a speech at Hillsdale College in Michigan amount to a striking and unusual rebuke of the thousands of prosecutors who do the daily work of assembling criminal cases across the country.

Barr described the prosecutors as part of the “permanent bureaucracy” and said they were in need of supervision from “detached,” politically appointed leaders who are accountable to the president and Congress.

“The men and women who have ultimate authority in the Justice Department are thus the ones on whom our elected officials have conferred that responsibility — by presidential appointment and Senate confirmation,” Barr said, according to his prepared remarks. “That blessing by the two political branches of government gives these officials democratic legitimacy that career officials simply do not possess.”

As Attorney General, Barr has been aggressive in pursuing certain categories of prosecution himself, including seeking federal charges against those arrested in protests following the death of George Floyd. In fact, later on Wednesday, Barr said wants prosecutors to be aggressive in charging demonstrators who cause violence.

So far, more than 300 people have been charged with federal crimes in the protests that erupted following the death of George Floyd.