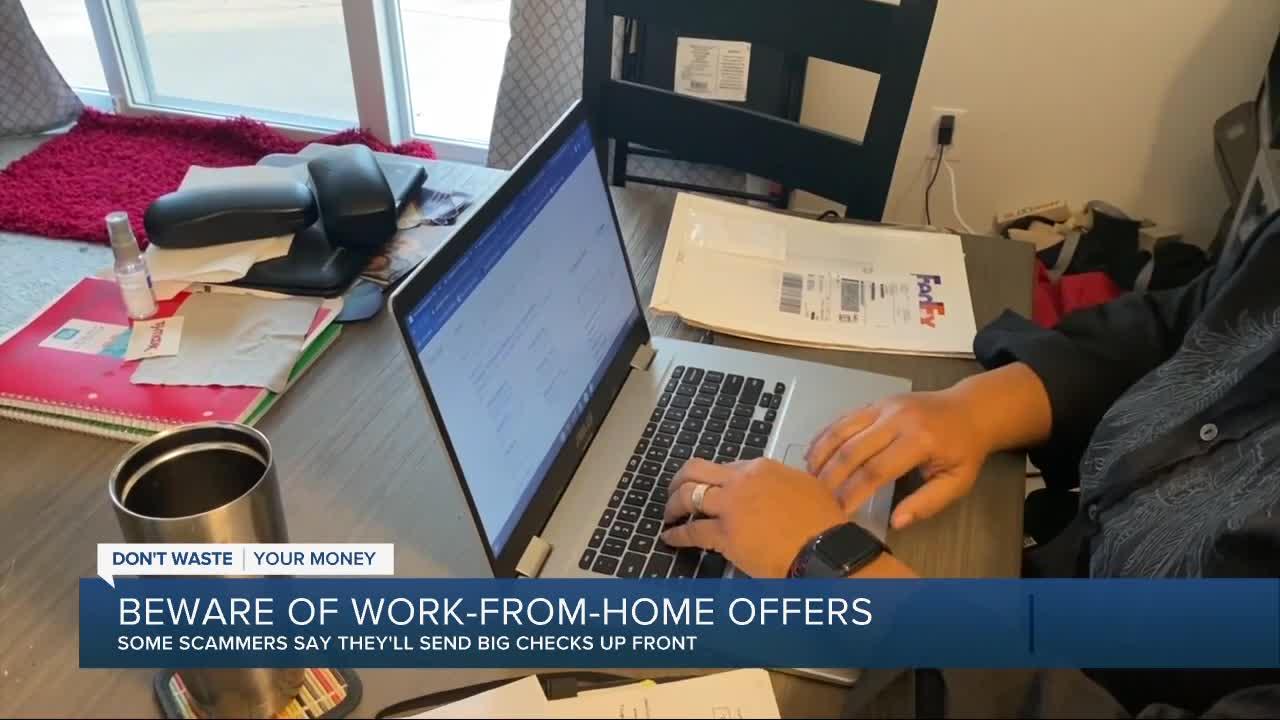 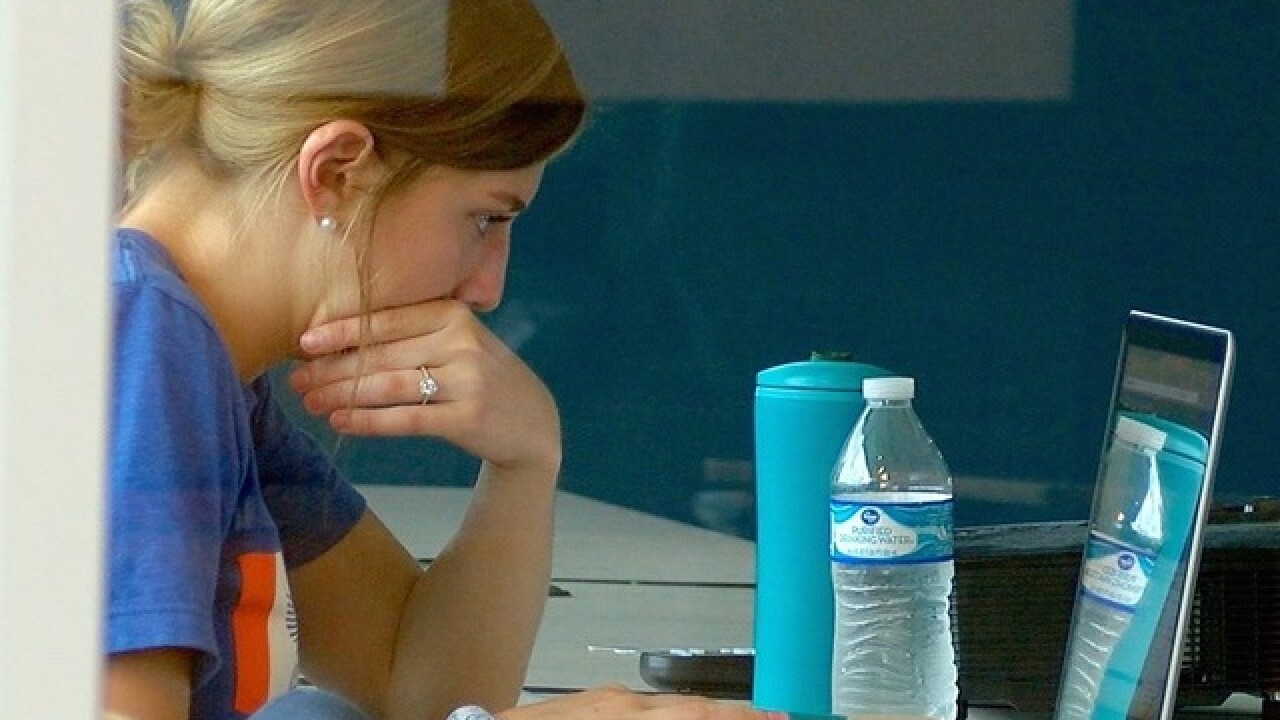 Lisa Bryant, a working mom of two from Belleville, has been looking for ways to make some extra money from home during the coronavirus pandemic.

In October, she received a text asking if she was interested in a job online.

“It was a company that I had never heard of before,” Bryant explained underscoring that she had not applied for any position there.

“Secondly, it was the manner in which he contacted me – via text. Normally, you receive an email,” she added.

Bryant asked how the business got her number. They told her they got it from one of the companies she’d applied to.

She thought that was fishy since most companies don’t share information about job applicants.

But she wanted to see where this would lead.

After a couple of weeks of electronically communicating, the ‘business’ asked for her address so they could send her a check as a signing bonus and pay for additional tech equipment she might need.

But it came from a totally different business.

So, she called that company.

“The gentleman that answered the phone said that I was the tenth person that had called,” she said soberly.

“I’m probably one of hundreds that he’s doing this to,” Bryant said. “I was smart enough not to deposit the check.”

I contacted the Better Business Bureau of Eastern Michigan and the Upper Peninsula.

Laura Blankenship – the BBB’s Director of Marketing – said it happens with people looking for a work-from-home job.

And there are warning signs.

RED FLAG 1 – YOU DID NOT APPLY FOR THIS JOB

If you didn't apply for any position with the company reaching out to you, start asking questions.

“While it is possible for a legitimate job to reach out to you, a lot of the times if you didn’t apply for something, they’re not just going to hand it to you,” said Blankenship.

They don’t want to speak with you in person, on the phone, or over video conferencing -- which is unusual in the job interview process.

“Typically, [the schemers will] only want to communicate via email or text message. You usually can’t get a hold of someone. If you go to a website, there’s not contact information listed,” explained Blankenship.

RED FLAG 3 – THEY SEND YOU A CHECK TO DEPOSIT

Lisa Bryant’s ‘prospective employer’ was pressuring her to deposit the check and asking for visual proof once it was done.

But in these kinds of schemes, once the checks get deposited, Blankenship said that’s when the real trouble starts.

"They say that they overpaid you, and you need to send a large amount back. Well, when you send that amount back, it’s usually before the bank has flagged that it’s a fake check. So, you’re the one sending your own money to the scammer as well as having to pay the bounced check fee,” Blankenship explained.

“You get almost three-thousand dollars [in the mail], you know, that’s a month of bills for me. It could have helped out a lot. But I knew it was too good to be true,” Bryant said.

Thankfully, she did not deposit the check.

She believes the schemer got her number from her LinkedIn account.

The BBB reminds people to never send money to anyone you don’t know -- especially if they ask for the money in an unusual form such as a wire transfer or prepaid debit or gift cards.
Also, if they want proof of the deposit or any of your personal banking information, that’s another warning sign.

With more people applying for temporary holiday jobs in the coming days, the BBB thinks these schemers may start reaching out even more.

So watch out… so you don’t waste your money!

You can also go online to report an illegal scheme to the BBB: www.bbb.org/scamtracker .