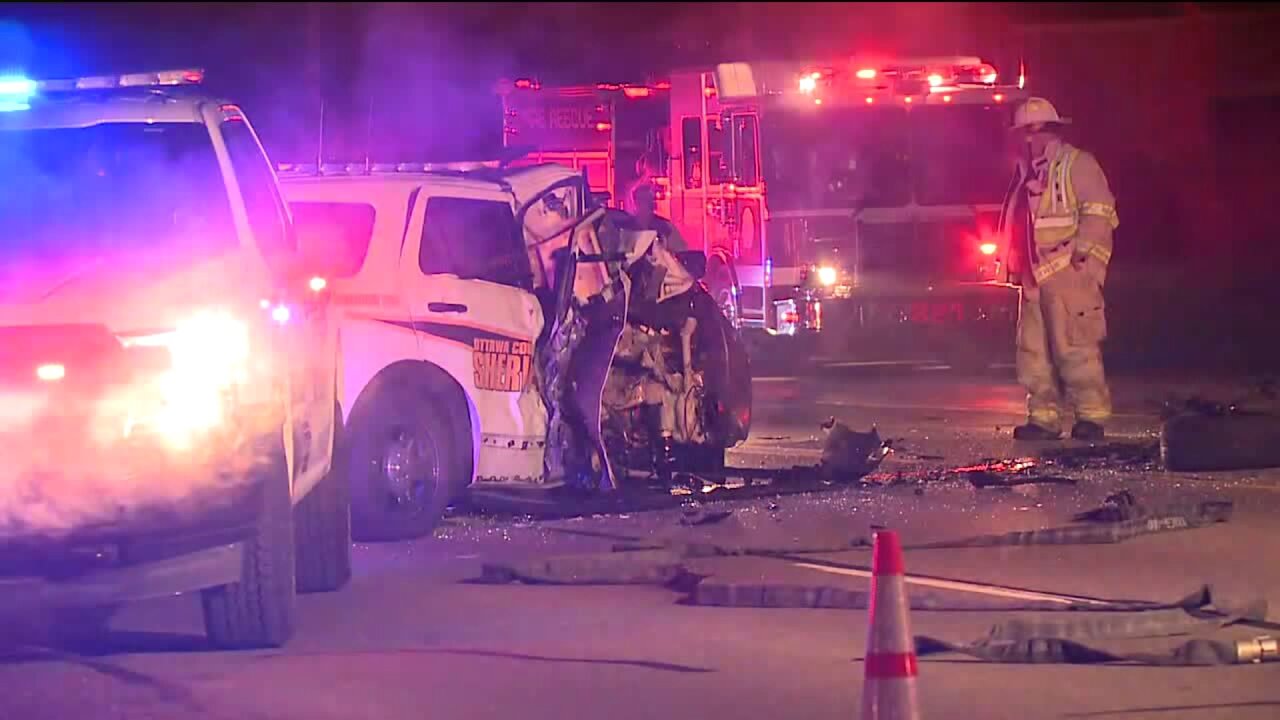 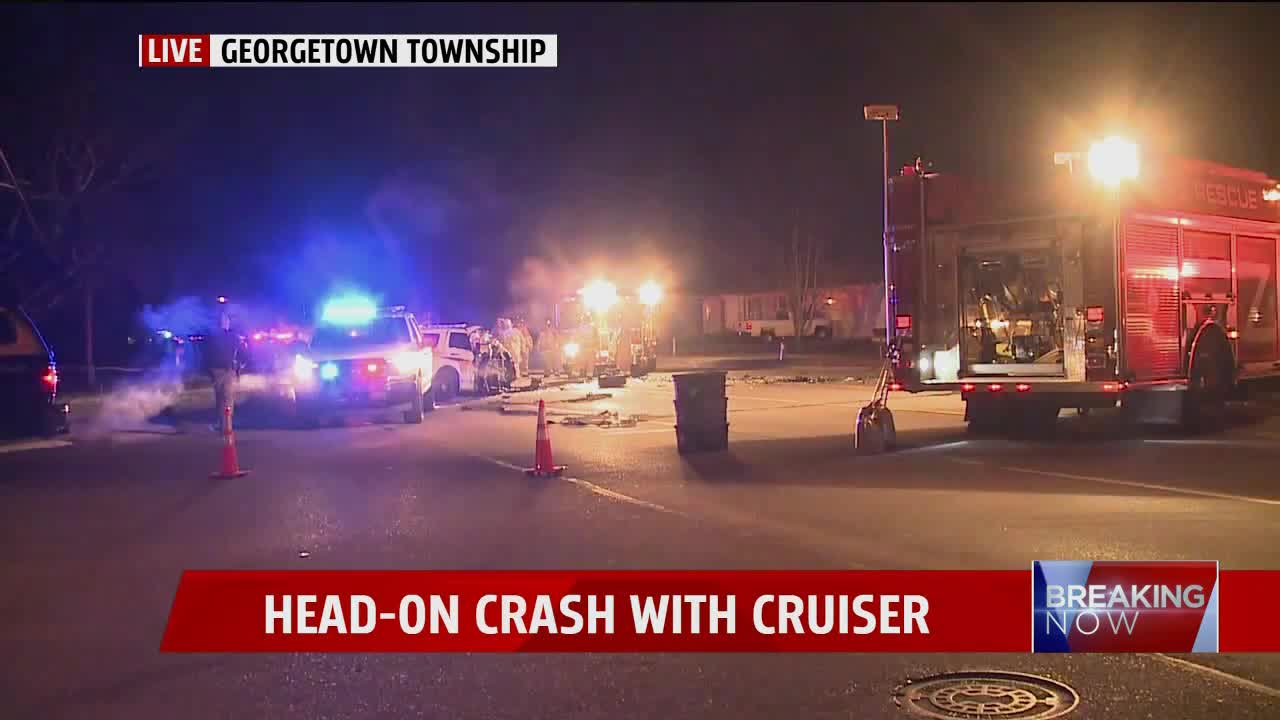 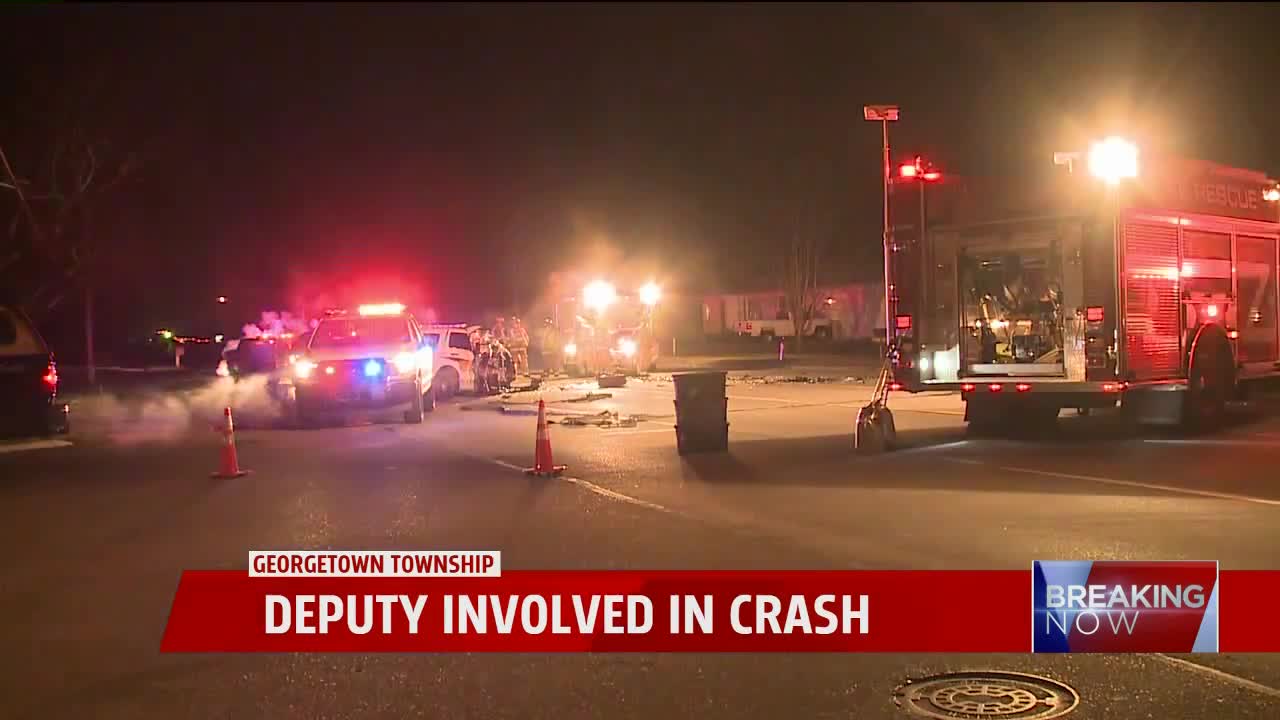 GEORGETOWN TOWNSHIP, Mich. — A cruiser from the Ottawa County Sheriff's Office was among two cars involved in a nearly head-on crash early Wednesday.

It happened near the intersection of Port Sheldon Street and 34th Avenue in Georgetown Township just before 6 a.m.

We're told the sheriff deputy was injured and was pinned in his cruiser until they could be extricated by first responders.

No word on what caused the crash, except that the deputy was eastbound on Port Sheldon Street when a westbound SUV suddenly veered into the westbound lanes.