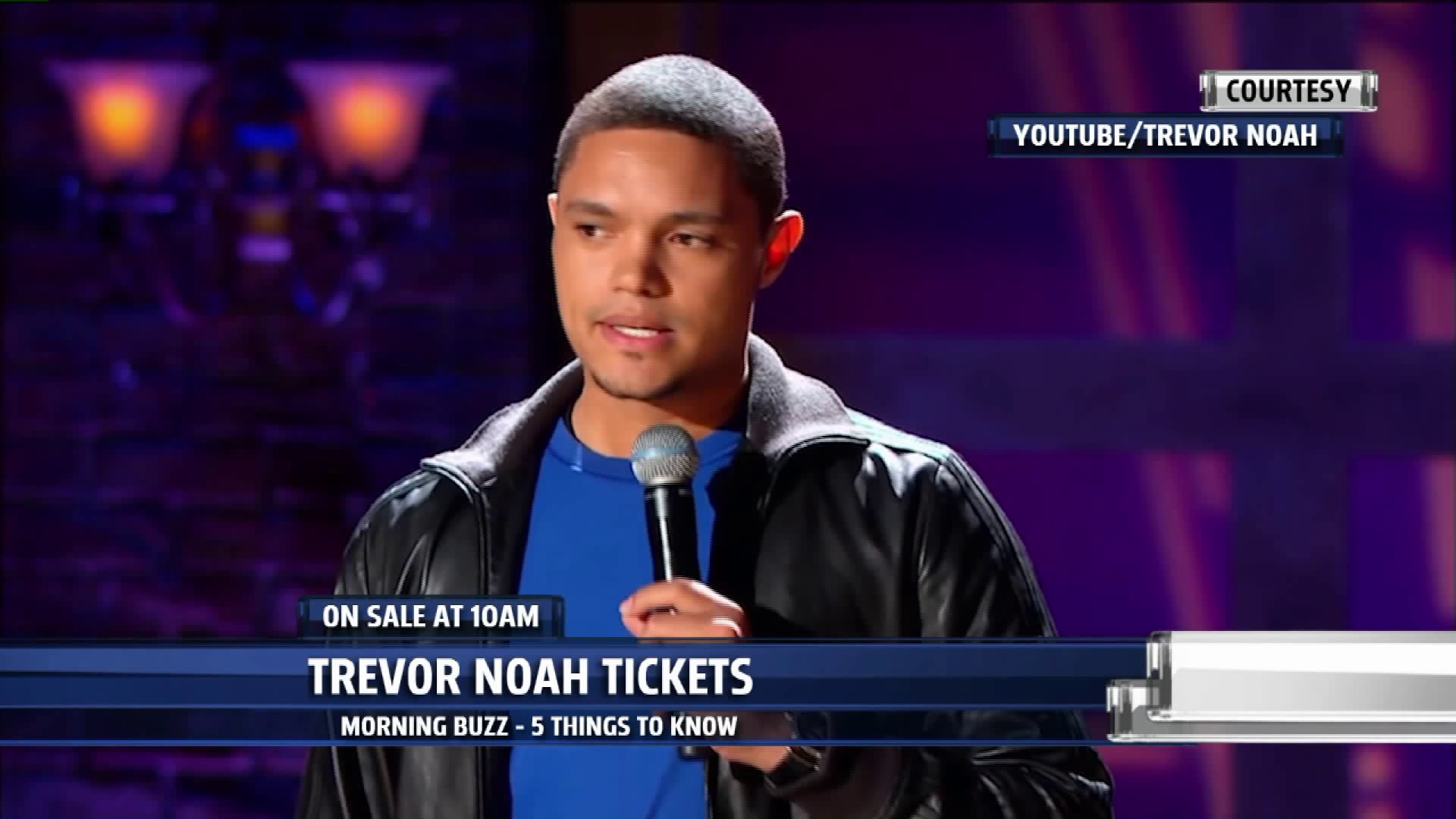 1. This weekend chili lovers have a chance to take part in a chili cook-off while raising money for a firefighter memorial fund and collecting items for homeless veterans.

The event is planned at Homer Stryker Field in Kalamazoo on Saturday from 11 a.m. to 2 p.m.

They will also be collecting food items for homeless veterans.

2. A special release party is happening for a popular beer. Bob's Brewery inside The B.O.B. in Grand Rapids is releasing its Peanut Butter Porter.

This time around, they're offering a variety of flavors including original, barrel-aged, salted caramel, and coconut.

From 5 to 10 tonight, guests will be able to pick up pre-ordered four-packs of 22-ounce bottles or 16-ounce cans.

The brewery will also have beer on tap for those who want to try it.

3. Calling all Trevor Noah fans, tickets for his show at Van Andel Arena are now on sale on Ticketmaster.

"The Daily Show" host is now expanding his Loud and Clear Tour, bring it to Grand Rapids on May 8.

Noah is known for his take on politics and current events, and his stand-up comedy special on Netflix, "Son of Patricia."

4. Another famous name coming to West Michigan is Michael Buble!

The musician is bringing his 2020 Tour to the Van Andel Arena on Tuesday, March 31.

Tickets go on sale Monday, November 18 at 10 a.m. Find them on Ticketmaster.com or at the Van Andel Arena and DeVos Place Box Offices.

5. There's no place like a cat home. Amazon's not forgetting about the cats this holiday season with a special cat bed that's heated.

The bed's description online says it's made of soft velvet and is very sturdy, and it only takes a couple of minutes to warm up on its own, no batteries needed.

If you want to get the furballs out, it's also machine washable and comes in a variety of fun colors and designs.