Massachusetts man says intruder broke into his home and cleaned it

(FOX NEWS) This is a case where finding fingerprints may prove difficult.

A Massachusetts man came home earlier this month to discover his house had been broken into…and cleaned.

Nate Roman, 44, told news outlets that he and his 5-year-old son arrived at their Marlborough home on May 15 and found the back door open. 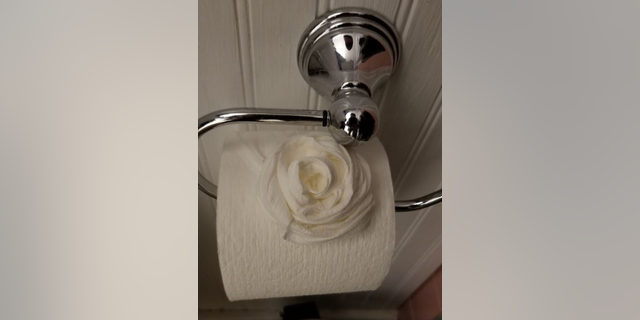 Nate Roman said he came home earlier this month to discover that someone had neatly tidied up his house.  (Facebook)

Roman said he inspected his home and discovered nothing was missing. The presumed intruder, it appeared, had tidied the place up.

“Nothing was damaged, nothing was taken … just arranged in a really creepy way,” Roman told NBC News.

He said he could smell bleach and other cleaning solvents, while his son’s room – which was messy when they left it – was neatly arranged and the bed was made. An Origami rose made out toilet paper was left on the bathroom door handle, he said.

Roman said it was possible that a housemaid may have confused his home for another residence. Marlborough Police said they have no suspects or leads in the case, but the situation would be considered breaking and entering – a misdemeanor offense, KCRA-TV reported.