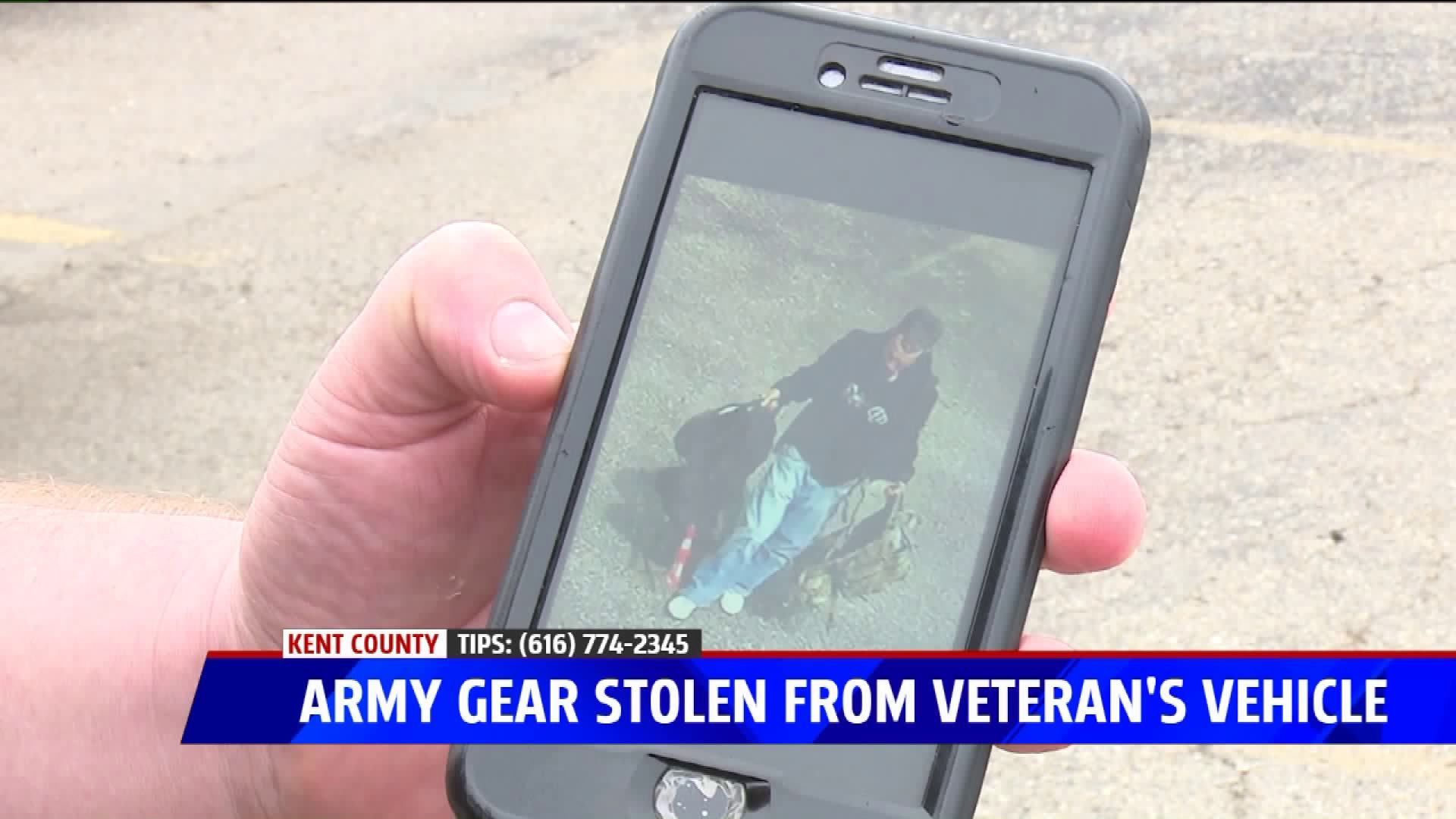 WYOMING, Mich. — Travis Campbell's car was parked outside his job for a couple of weeks, waiting on parts to be fixed. When Campbell went to finish the work, he found several items missing.

He immediately rushed inside to check security cameras and there it was, a man seen forcing his car open.

"The cameras that I saw most of everything on were the two here right outside of our service door and on the back of the building, I watched him walk off the bus stop and search through all of our property," says Campbell, formerly an Army sergeant.

The suspect took his hiking, camping and biking gear, and a knife set his drill sergeant had given him while serving overseas.

After 13 years of service, he says he never thought he would lose them this way.

"It was an expensive knife at the time, but it means more to me than what it was actually worth, realistically but it's just stuff I'll probably never get back," Campbell says.

The Wyoming Department of Public Safety is investigating the burglary, and officers say they hope to recover some of the items.

Campbell says until they're returned, he will continue to search for them. But he hopes that whoever took them will not only return them but learn a lesson.

"If you have it bring back here and return it to me. If not, I hope you can do better in life," Campbell said.