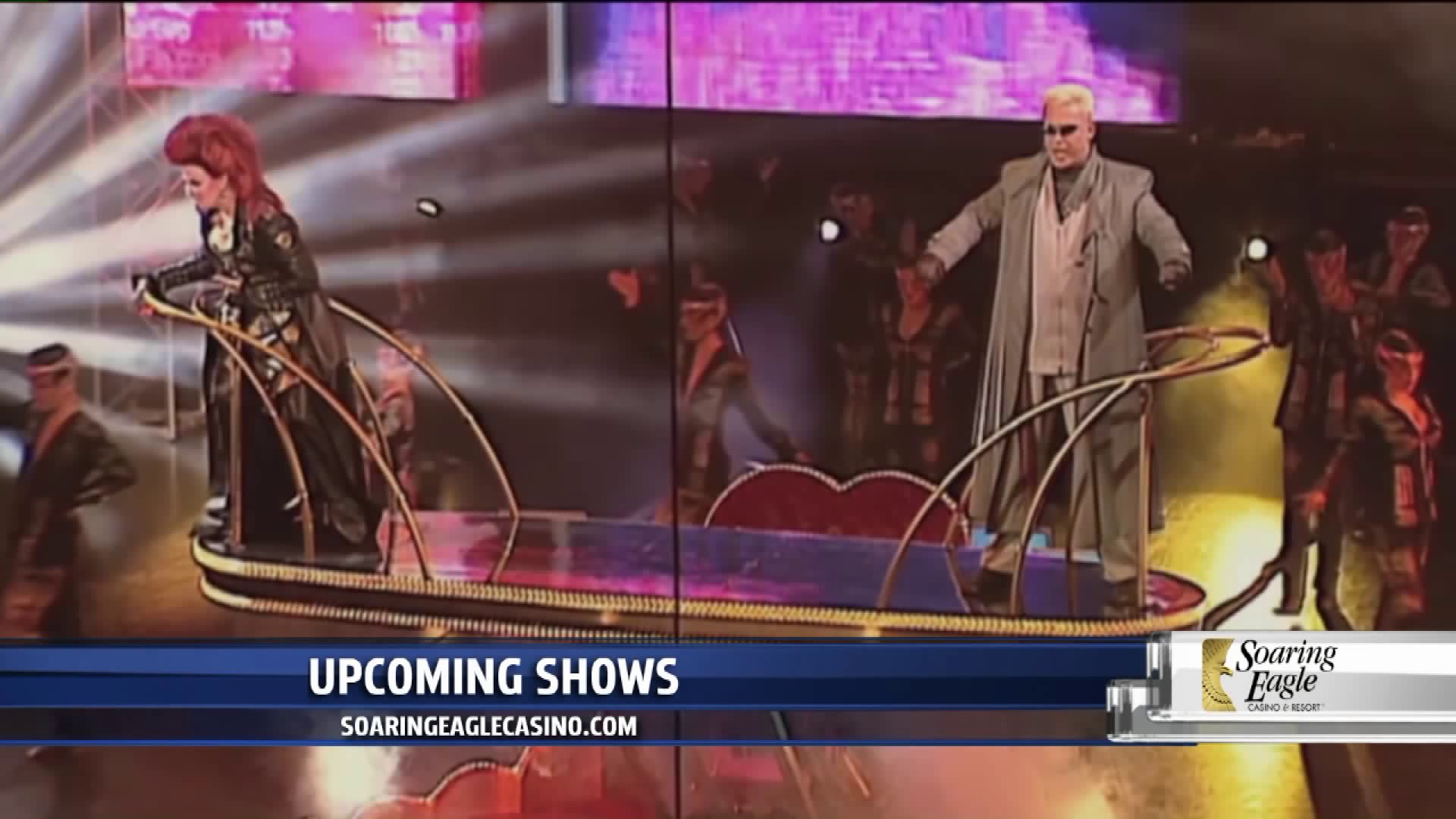 There's a new deal that starts on April 8, it's called the Family Burger Night package and runs Monday through Thursday until May 23. It includes an overnight stay in a standard room, waterpark passes, mini burger platter with dipping sauces, non-alcoholic beverages, brew city fries, and cookies. For full details or to book this package just head to soaringeaglewaterpark.com or call 1-877-2-EAGLE-2.

For more family fun it`s Emoji Weekend on April 12 and 13. There will be lots of crafts, glitter tattoos, story time and of course you`ll be able to watch the "Emoji Movie" Friday night.

Did you know that there is a free shuttle service that runs from the water park to Soaring Eagle Casino and Resort? So many fun things await you like a new sport and night club called Ascend. Enjoy gambling in a new high rollers area, new poker room and a new non-smoking gaming floor. If the little ones are in tow, they will have a blast in the new Kids' Quest. It`s safe, kid-friendly fun with plenty of entertainment options for everyone.

Just announced, the musical by Queen and Ben Elton "We Will Rock You" is coming to Soaring Eagle Casino and Resort on November 22 and 23. This show features more than 20 hit Queen songs including "Somebody to Love" and "We Are The Champions". "We Will Rock You" has been performed in 28 countries around the globe and seen more than 16 million people. Tickets go on sale this Friday, April 5 at 9 a.m.

To get the summer concerts rolling, in may New Edition members Ronnie Devoe, Bobby Brown, Rickey Bell, and Michael Bivins are in town for their "Four the Love of it Tour". This American R&B group formed in 1978. They are best known for some of their songs including "Cool it Now" and "Candy Girl."

Coming to Soaring Eagle Casino and Resort in June, Criss Angel. He has dominated the world of magic for over a decade. "The Mindfreak Unplugged" is a theatrical experience unlike any seen before; bringing Angel`s famous sleight of hand street magic, mentalism, and even some of his most iconic illusions to life, all performed in an intimate, raw setting.

Collective Soul is celebrating their 25th anniversary! Ever since their emergence, the band helped shape and define alternative rock with lots of guitars and attitude. Over the past two decades, they`ve had a catalog of Number 1 hits under their belts. They`ll perform June 14.

In July, 311, Dirty Heads, and Five Finger Death Punch will be headliners.

In August, Tim McGraw,  one of the biggest touring artists in the history of country music, will be here for an outdoor concert. His career includes 43 number one radio singles, 16 number one albums, and countless industry awards and accolades.

There are still tickets available for Kane brown on August 16 too.

You can purchase tickets for all these shows at etix.com, and see who else is taking the stage this summer by going to soaringeaglecasino.com.

Easter weekend activities are coming to Soaring Eagle WaterPark and Hotel. Kids can make handprint paper lilies and easter bunny ears. Of course, there will be glitter tattoos available for an extra $5. Also, make sure you have your Easter baskets on-hand. On Sunday, April 21 there`s going to be an Easter Egg Hunt. Starting at 9am kids up to age six will be in the courtyard and kids seven and up will be at Waabooz run.